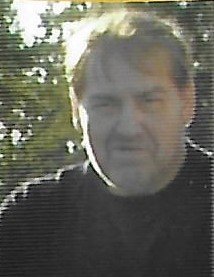 It is with profound sadness that the family of the late Merrill “Mano” Fiddler announce his passing on September 27, 2019 in Prince Albert, SK.  Merrill was born in Prince Albert, SK on October 26, 1954.  Merrill attended Queen Mary and Riverside High School. Merrill left school and later went back to adult upgrading and received his high school grade 12. He then attended Moose Jaw Technical and received his Heavy Equipment Operator Certificate. Merrill owned and operated a towing business and worked for the A.M.N.S.I.S. Merrill attended his first Metis meeting at the age of 16 and his passion for the Metis movement slowly grew. Merrill was elected as regional director in the late 70’s early 80’s. Merrill was elected vice president of local 109 and held this position for many years.

Merrill was one of the founders of the Prince Albert Urban Council and was very instrumental in negotiating agreements with the government on behalf of the Prince Albert Metis Urban Council. Merrill sat on numerous boards with the Metis Organization.  In 1993 Merrill was present when the Metis Nation Constitution was passed. Merrill was the go-to for any agreements that the Nation was presenting to the nation. Merrill loved to read and was a history buff on any wars that were fought throughout the world. He loved watching parliament on the T.V. and was very vocal in the Metis Nation assembly.

Condolences to the family may be sent to www.grays.ca.  Funeral arrangements have been entrusted to Gray’s Funeral Chapel, (306) 922-4729.