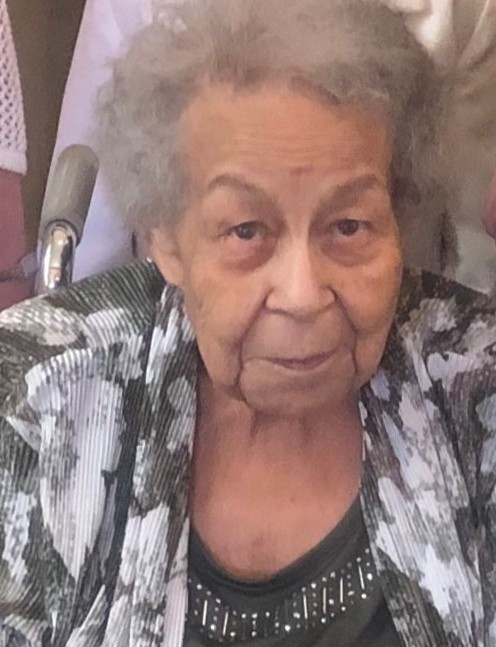 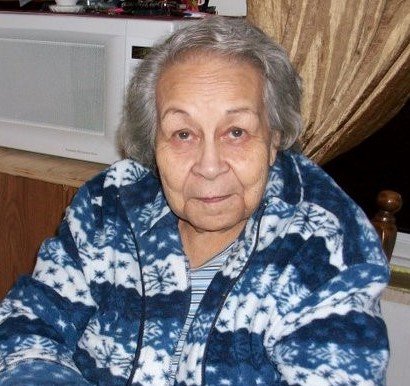 Therese was born December 4, 1928 in Victorie, SK to Louis and Agnes Roy. Therese entered the convent but soon realized she was meant to do much more with her life. Moving to Big River, SK was a pillar part of her life since that is where she met Leonard Lueken The two wed on June 23, 1958 living on the family farm. To this union son Vernon was born on July 20, 1954 and daughter Donna on April 20, 1961. Therese worked outside the home at the Big River Hotel until 1979 when sold their family farm to their nephew and relocated to Holbein, SK. With Therese’s skill and charm she worked as a cook at the local restaurant, her hot hamburger sandwiches were a staple by all who stopped by. In 1982 Therese decided it was time to enjoy retirement but that didn’t stop her from staying busy running the play program for her granddaughter Crystal. On October 4, 1988 Therese lost her beloved Leonard and had to face life without her partner. Keeping family near and dear to her in 1994, along with her daughter Donna, granddaughter Crystal in toe they moved to Prince Albert, SK where she focused on family. Great-grand daughter Savahanna-Rae joined them in 2003 in which Therese helped take care of from birth until recently. In 2011 she welcomed great-grandson Kane who was also loved and nurtured by his great grandma. Therese loved sitting at the window watching the ambulances go by with Kane, teaching Savahanna how to make her bannock (giving her the secret recipe), playing solitaire and marbles with everyone who came for supper especially Kane & Savahanna. Every night finished with her tradition of a glass of juice and 3-year-old cheese.

Therese’s wish was to see Kane receive his first communion and confirmation which was received May 29, 2019. She loved her great-grandchildren as much as she did her daughter and granddaughter. She passed away peacefully and would not want her family sad because she is at peace.