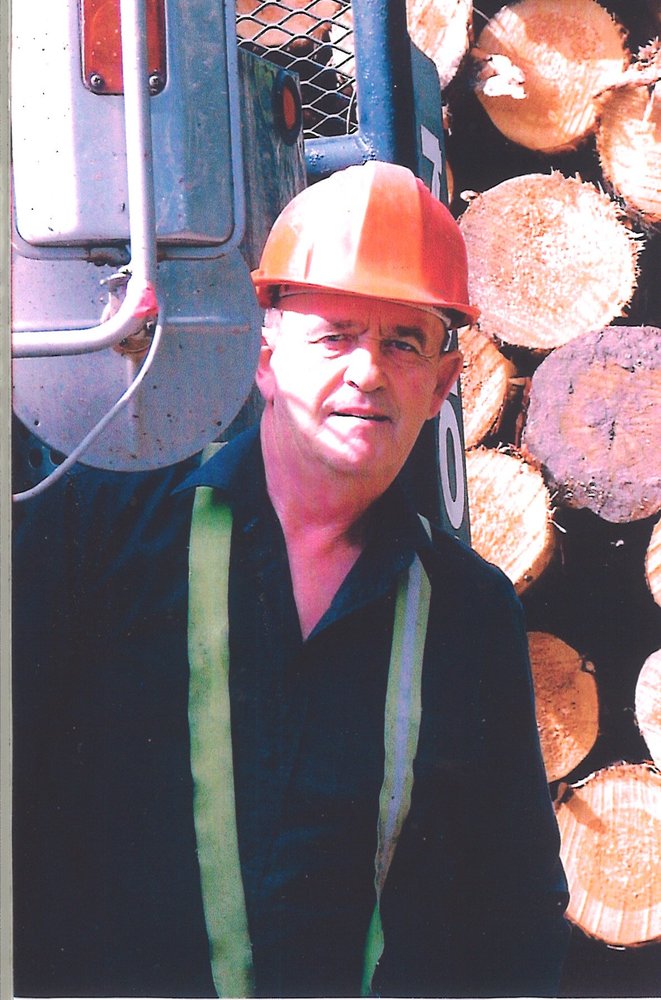 Kenneth Harold Clark of Prince Albert, SK passed away peacefully on October 29, 2019 at the Victoria Hospital at the age of 80 years surrounded by those he loved.  He was born on September 25, 1939 in Carlyle, SK to his parents Harold and Fanny Clark growing up with his sisters Jean, Helen, and Verna.

Ken started working in a lumbermill in Williams Lake, BC then moved onto working on the oil rigs for about 10 years where he met and married Elaine Rouault in 1969.  They settled on the family farm in Carlyle, SK then moved to MacDowall, SK with their 3 children in 1975 and operated a dairy farm. When Elaine passed away, he retired from farming and started truck driving a couple years later and continued until his passing.  In December 1995, Ken and Iris Borrowman met at St. Stephen’s Church. In February 1996, they had Iris’ 60th birthday, got engaged and had a grandson all in one week. Ken and Iris were married in May 1996.

Anyone who knows Ken, they knew he lived on the edge.  He was like a cat that had 9 or 18 lives. Some of the things he did you couldn’t imagine how they would work, or how he would survive. He had a strength of 10 men and a heart of gold. His favourite passion was fishing and playing cards, especially Kaiser. If you asked him to do either, he was up and gone.  These passions were passed down to the next generation as many of his loved ones love to fish, play cards and games.

One highlight of his life was being Mr. and Mrs. Winter Festival in 2012.  He also took part in parades with his Ayrshire cows in the 1980's and then again with his Holstein steers in 2010.  He had a love for animals, especially horses and cattle. The farmer in him never left so they purchased an acreage which Iris calls “his toy box”. One of his many retirement past times was going for coffee either at Burger King, McDonalds, or the Heritage Centre. He also volunteered many hours at the Heritage Centre and the Cornerstone Free Methodist Church.

Memorial donations may be made to the charity of one’s choice in the name of Kenneth.

A Celebration of Life will be held on Saturday, November 2, 2019 at 1:30 p.m. at Cornerstone Free Methodist Church, 2200 15 Avenue East, Prince Albert, SK with Rev. Dyan Mouland officiating. A private family interment will be held at a later date. Condolences may be sent to the family at www.grays.ca.  Funeral arrangements have been entrusted to Gray's Funeral Chapel, (306) 922-4729