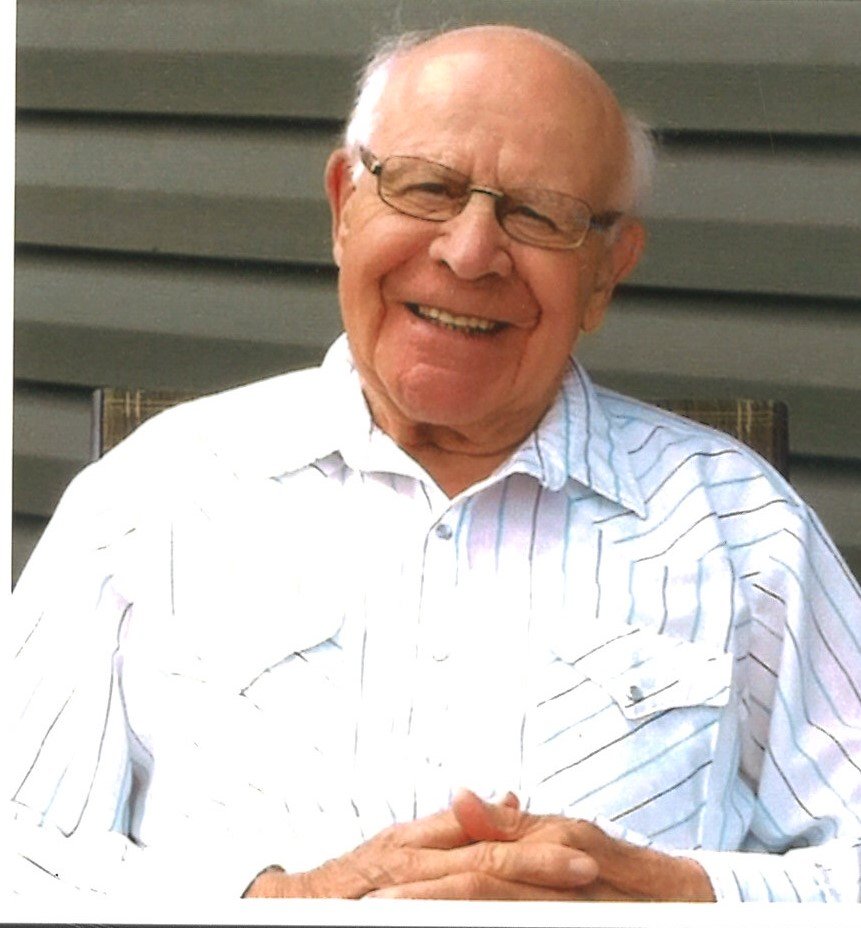 It is with great sadness that the family of Leon Gobeil announce his passing on November 1, 2019 in Prince Albert, SK. Leon was born in Prince Albert, SK on August 8, 1925 to Alma and Treffle Gobeil and lived on their family farm in Henribourg, SK. At the age of 18, Leon joined the Canadian Army where he served for 4 years. On January 1, 1946, he married his love Fern Middlebrook, and they raised thirteen children. After Leon’s service in the military, he became a Prince Albert Fireman until he opened his own trucking company called Fern’s Delivery. In 1960, Leon leased a commercial lot at Murray Point, Emma Lake, SK where he built a store with living quarters named Fern’s Grocertia. In 1966, Leon purchased a house from the Sisters of Presentation for his family to live in and Fern started a 30-room boarding house. Later he moved his trucking company business into the basement of their house. In 1968 he started his next business endeavor. He obtained his Auctioneer Diploma and started the Highway Auction business where he worked for 30 years auctioning sales twice a week. In 1990 at the age of 65 he retired and joined the Legion where he volunteered and was appointed to the Legion Executive. A proud moment in his life was becoming the first Fire Chief for Buckland Volunteer Fire Department from 1969 to 1980. He lived in his own home all his life until two months ago when he moved into Good Shepherd Villas.

The family of Leon would like to thank the staff of Good Shepherd for the wonderful care they provided and for his last auctioneer chant that was held at the care home.

A Funeral Mass will be held on Saturday, November 9, 2019 at 11:00 a.m. at Sacred Heart Cathedral, 1401 4 Avenue West, Prince Albert, SK with Reverend Father Jim Kaptein officiating.  Interment will be held at South Hill Cemetery following the service.  Condolences may be sent to the family at www.grays.ca.  Funeral arrangements have been entrusted to Gray's Funeral Chapel, (306) 922-4729.