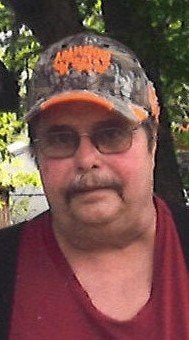 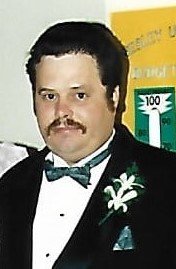 It is with great sadness the family of Robert (Bob) Stushnoff announce his sudden passing November 20, 2019 of health complications at the Royal University Hospital, Saskatoon, SK at the age of 62, surrounded by his loving family.

Bob was born in the Watson area January 1957 to Nick and Francis Stushnoff (nee Balaski).  In his younger years, he trained horses and bird dogs.  He met the love of his life Laurie Nagy early in 1983 and they were married on December 28, 1983.  We like to think this is when his life started with his wife,Laurie and her 3 daughters Tammy, Trina and Shelly in Weirdale, SK.  Bob and Laurie were blessed with a son David Robert Nicholas in February of 1985.  Bob drove taxi for 31 years with Checker Taxi up until his health didn’t allow him to continue.

Bob enjoyed many outdoor activities like hunting, fishing and camping.  He spent many summers and falls teaching Dave, the grandkids and nephews how to fish and hunt.  He loved his trips with Dave, Alf, Conrad, Clint, Ramsay, Brenan, Miranda and his special little buddy Mitch.

He also enjoyed spending time with the family he and Laurie made together.  Christmas with the kids, grandkids and the special friends that we consider family were the best times with Bob being the most excited about his gifts on many occasions.

He loved animals, mainly his horse Trigger and his dogs Jasper and Jake.

In the last couple years Bob spent a lot of time with Dave’s kids Mitchell and Natalie, playing a lot of video games, telling tales and bribing them with candies.

He was predeceased by his father Nickolas; sister-in-law Elaine Stushnoff; nephews Clayton Stushnoff and Alf Nagy; and son-in-law Ken Reisen.

At Bob’s request, there will be no funeral service.  The family would like to thank the emergency room doctors and nursing staff at Royal University Hospital for the amazing care they provided, as well as Dr. Lotz and Dr. Ilie-Haynes in Prince Albert, SK.

Condolences may be sent to the family at www.grays.ca.  Funeral arrangements have been entrusted to Justifiable Cremation Prince Albert, 306-980-6700.