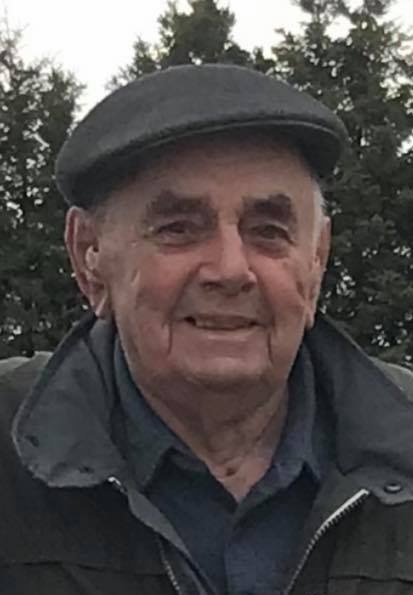 George Ludwick Horne May 4, 1927 ~ February 5, 2020 It is with much sadness that the family announce George Horne of Prince Albert, SK passed away peacefully on February 5, 2020 at the age of 92. George is survived by his son Russel (Shelley) Horne of Edmonton, AB; his daughter Penny (Myles) Korte of Prince Albert, SK; grandchildren: Jaclyn (Curtis) Horne-Stasiuk (great grandchildren Dierks and London), Carling (Ryan) Stiksma (great grandchildren Jet, Hardy and Winnie) of Edmonton, AB, Blake (Jenna) Horne of Petawawa, ON, Tyler (Sasha) Korte, Travis (Nichole) Korte of Saskatoon, SK; and sister-in-law Dorothy Richards of Prince Albert, SK. George is predeceased by Sadie, his loving wife of 68 years. Dad was raised in the Lars District in Saskatchewan. He left home at the age of 16 to join the Merchant Navy where he served for 4 years during World War II. On his return, Dad traded the sea for the sky. He spent 2 years as a smoke jumper then moved on to his long-time career as a bush pilot. In the early 1960s, Mom and Dad opened a fishing resort at Jan Lake (Three Lakes Camp) which they operated until their retirement. Mom was the “CEO” and Dad pitched in to help when he wasn’t away flying. Dad led an adventurous life and his unending curiosity kept him young until the very end. He was a loving father, grandfather and great-grandfather and will be missed by all that knew him. Memorial Service will be held at 12:00 p.m. on Saturday, May 2, 2020 at Gray’s Funeral Chapel, 575 28 Street West, Prince Albert, SK with Reverend Dennis Serfas officiating. Condolences may be sent to the family at www.grays.ca. Funeral arrangements have been entrusted to Gray's Funeral Chapel, (306) 922-4729.
To plant a tree in memory of George Horne, please visit Tribute Store
Services for George Horne
There are no events scheduled. You can still show your support by planting a tree in memory of George Horne.
Visit the Tribute Store