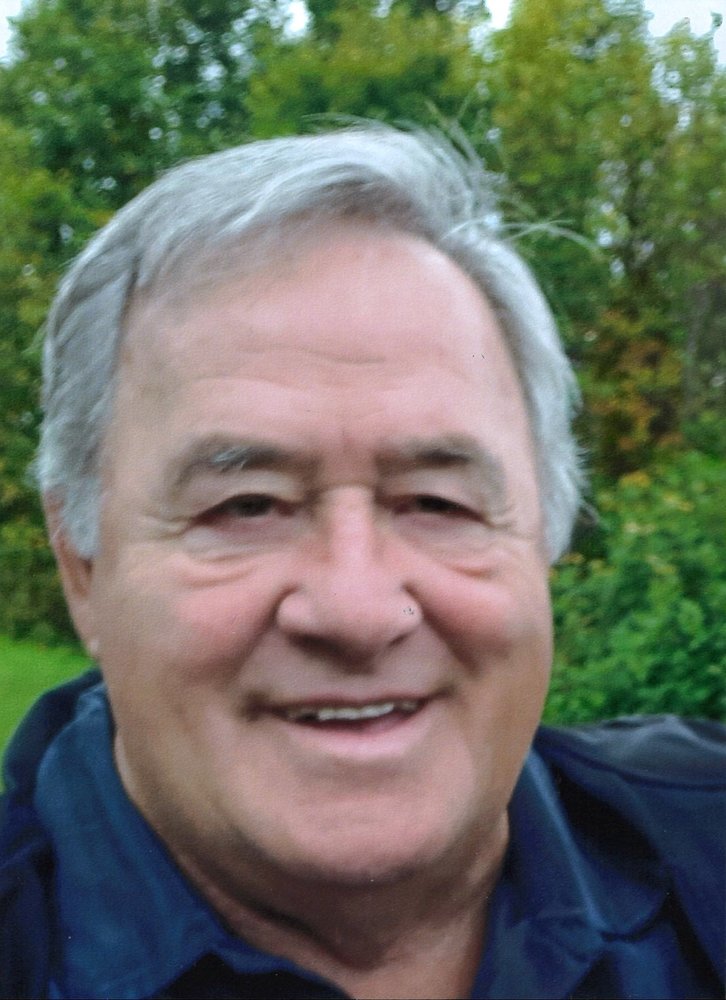 Keith Steinthor Thorsteinson – “THOR” May 30, 1945 ~ February 7, 2020 After a hard-fought battle against an aggressive cancer, Keith Thorsteinson, a longtime resident and teacher in Prince Albert, passed away peacefully in Saskatoon hospital in the early morning of February 7th, 2020. He was predeceased by his parents Borgthor & Ethel Thorsteinson (nee McLachlan) and his sister Betty Orosz (Lawrence). Keith is survived by his loving wife, Sharleen (nee Carlson/Hale), and his three children who were his pride and joy - daughter Jennifer (Kevin Mahlberg), sons Justin (Chomony Southichack) and Joshua (Nicole Ponto). Missing their grandfather are his doting grandchildren - Chad Mahlberg (Alica), Kristofer Mahlberg (Cassandra Treppel), Gabriel Mahlberg, Joseph Mahlberg, Cameron Mahlberg, Christian Arlleanos, Justin Thorsteinson jr., Asia Southichack, Parker Fridricksson, and Thoren Williams; his adorable little great-granddaughters Brooklyn and Eva Mahlberg; his great-grandsons Luca and Cohen Treppel; and step-children Shannon Hale and Mark Hale (Shantell Honoroski). He is also survived by his brothers Ed (Carol), Don (Carol), Terry, and sister Gwen (Lawrence Orosz), many, many nieces and nephews, and not to forget his faithful dog "Bucky". A great influence in his life came from his first set of in-laws - Tom and Margaret van Nes, they loved Keith like a son. Keith was born in Smeaton, Saskatchewan, on May 30, 1945. After moving to Prince Albert, he attended the elementary schools of St. Paul's and St. Michael's. He graduated from high school at PACI and went on to attend the Universities of Regina and Saskatoon, gaining his Bachelor of Physical Education degree, and his Bachelor of Fine Arts degree with "great distinction". His students at Carlton High School in Prince Albert, where he spent most of his teaching years, adored him, as he had a unique gift of being easily able to bond with them....but they also knew better than to argue with him. In his younger years, he excelled in tap dancing, football, track 'n field, (set a provincial record for Javelin), fishing, camping, hunting, motorcycling, wrestling, even taught ballroom dancing - you name it - he loved it! He had immense artistic talents in artwork and pottery, and he especially loved jamming on the guitar with brothers Don & Terry. After retirement, he worked in his favorite outdoor world as a guide at Phelps Lake. In his later years, he comfortably settled into card games, bonfires with friends on weekends, and television. No-one who met Keith could ever forgot his infectious passion for friends and fun activities with them. He had a great presence and a laugh bigger than life. A good friend of his said "with Keith, what you saw is what you got - no pretenses - one face". He had a huge open heart and was a man who welcomed everyone into his life. A cousin described him as" the Big Man who is a part of the fiber that makes us all who we are". Keith was a special kind of person who will always remain in our memories, and who will be missed by all who knew him and enjoyed his friendship. He was truly loved. In Keith's own words, " I am blowing out the candles". In lieu of other tributes, donations may be made to the Canadian Cancer Society, 101 - 440 2 Avenue North, Saskatoon, SK S7K 2C3. A Celebration of Life will be held at 1:00 p.m. on Saturday, February 15, 2020, at Carlton Comprehensive High School Cafetorium, 665 28 Street East, Prince Albert, SK. Condolences may be sent to the family at www.grays.ca. Funeral arrangements have been entrusted to Gray's Funeral Chapel, (306) 922-4729.
To send flowers to the family or plant a tree in memory of Keith Thorsteinson, please visit Tribute Store
Saturday
15
February