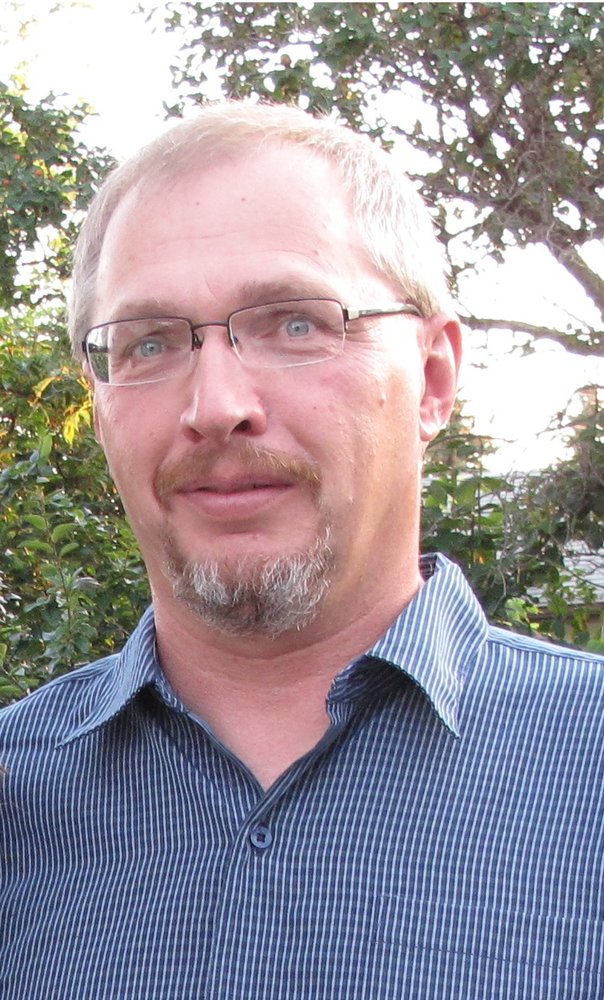 John Eskes March 27, 1959 – July 25, 2020 John was born on Good Friday! He used to joke that it was called that for him. He was 61 years old when he passed away at Pineview Terrace. His family lived in Nesbitt Heights, and John went to school at Red Wing where he made some lifelong friends. They explored every nook and cranny in the area on their dirt bikes. They headed to Composite High School in Prince Albert together. John’s love for cars was costly, so he started working for the family business ‘E & B Salvage’ at a young age to support his passion. He worked with his family for about 15 years. Once he obtained his Saskatchewan Class 1A Driver’s License, he could drive semi for the business all over Canada. Then, in 1990, he got a job as a Process Operator in the Chemical Plant at Weyerhaeuser which meant he could be closer to home when his children, Kyle and Amber, were young. This job spanned over a 15-year period until the pulp mill closed in 2005. John worked at MacDonald Metals, Suncor in Fort Mac, and in 2008 he got a job with SaskPower. He met Mona in 2006 and they were married in 2008. Their life together was full of travelling the world, enjoying the lake, and visiting their grandchildren Alaina and Asher. He enjoyed life and had a quick sense of humour. He liked to make people laugh with his funny one-liners! John loved and had so many pets – cats and dogs galore. He was happiest when he was outside, and even happier if he was playing fetch with Milly or scratching Duke’s ears. He would spend hours tinkering in the garage fixing or building this or that. However, his love for reading and completing crosswords daily were a huge part of his life, too. John enjoyed making wine, and Mona enjoyed it even more! He loved to tell the story how he made one batch of wine too strong! It was a great winter hobby for him in which he took great pride, and he didn’t even like to drink it. But he loved chocolate! As long as he had chocolate, he was happy. And of course, wine and chocolate are a perfect combination, just like John and Mona. John was always a gentleman! His warm, sparkling, blue eyes and kind, gentle nature will be missed by everyone he knew; the most recent being the loving and caring staff at Pineview Terrace. Rockin’ to music was one of his favourite things. His favourite band was Metallica playing his favourite song Nothing Else Matters. His favourite movie was The Crow. And his favourite line in the movie was “It can’t rain all the time”. This described his easy-going outlook towards everything! Since he loved tattoos, he decided to get a tattoo of each – a crow and Nothing Else Matters! It’s hard to summarize John’s life in just a few words. John will be remembered as a loving husband, wise father/stepfather, proud papa, hardworking son, big brother, favourite uncle, and loyal friend. Where there is deep grief, there was great love. He will be desperately missed. John was predeceased by his grandparents John and Lena Eskes, grandmother Mignonette Johnson, aunt Anne Ross, uncle Bill and aunt Shirley Eskes, uncle Ken Eskes, and Mona’s parents Kenneth and June Hansen. He will be lovingly remembered by his wife Mona, daughter Amber (Adam) McIntyre and their children Alaina and Asher, son Kyle, and step-daughters Martina (Brennan) Rauert and Alecia Nagy. John’s parents Zelda and Bob, sister Virginia, niece Stephanie (Andrew Yungwirth), nephew Zachary (Dana Spriggs), uncle Jerry Eskes, uncle Doug Ross, numerous cousins, lifelong friends Bob and Shirley Cooke, brother- and sister-in-law Vaughn and Debbie Hansen, nieces Kristen Pawliw (Derrick) and Jenna Law (Dustin) and families. John was made as comfortable as possible by his family, friends, Dr. D. Ardell, Dr. Kirk, Dr. DeCoteau, the 6th Floor staff at Victoria Hospital and the staff of Pineview Terrace in Prince Albert. In lieu of other tributes, please donate to: The Alzheimer Society of Saskatchewan 301 – 2550 12th Avenue Regina, SK S4P 3Z1 https://alzheimer.ca/en/sk/research or: Pineview Terrace 1200 24th Street West Prince Albert, SK S6V 4N5 Join us for a celebration of John’s life at 11:00 a.m., Friday, July 31, 2020 at Memorial Gardens Graveside Service with Reverend Nora Vedress officiating. Condolences may be sent to the family at www.grays.ca. Funeral arrangements have been entrusted to Gray’s Funeral Chapel.
To send flowers to the family or plant a tree in memory of Robert Eskes, please visit Tribute Store