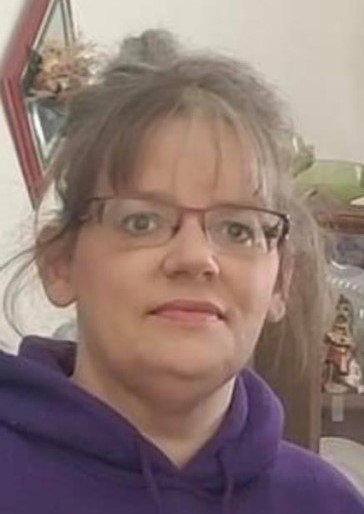 DIANE GAIL SEMENIUK MARCH 20, 1968 ~ AUGUST 29, 2020 It is with great sadness that the family of Diane Gail Semeniuk announce her passing on August 29, 2020, at home with loved ones by her side, after fighting a courageous battle with cancer. Diane was born along with her twin brother on March 20, 1968, in Calgary, AB, at which time her family residence was Golden, BC. In 1974, her family moved to Hudson Bay, SK, before moving to Prince Albert in 1976, which has been her home ever since. Diane attended elementary school at Queen Mary and graduated high school in 1987 at Carlton Comprehensive High School. During high school, Diane worked part time at the Dairy Queen and became full time after graduating. It wasn’t long that she was offered a management position that she held until 2015 before becoming ill. Diane was a dedicated employee and enjoyed working with her customers and staff. Diane was also a great mentor to several teenagers that worked alongside of her, many of which have kept in contact with her. Family was Diane’s greatest treasure. There were countless hours of playing cards, laughing, singing, joking around, and enjoying all the music that was created within the home with family, aunts, uncles, cousins, and friends. She often counted her blessings of the close connection that we as a family share. Diane had a special bond with her niece Trisha, who came into Diane’s life at the age of 12 and eventually became the daughter that Diane never had. Diane is survived by her siblings: Darrel (Wanda, deceased) Semeniuk, Gary Semeniuk, Darlene (Floyd) Hannah, Lorne Semeniuk, and her twin, Dennis Semeniuk; nieces: Trisha Semeniuk, Katie Hannah, Cassie Hannah; nephews Derek Semeniuk and Cole Hannah; her little dog Cooper who stayed by her side; great nieces and nephews, and numerous other relatives and friends. Diane is predeceased by her parents, John and Eileen Semeniuk; sister-in-law, Wanda Semeniuk; and cousin, Rick Kiszka. Graveside Service will be held at 1:00 p.m. on Friday, September 4, 2020 at South Hill Cemetery, Prince Albert, SK with Pastor Dennis Serfas officiating. Interment will be held at South Hill Cemetery. Condolences may be sent to the family at www.grays.ca. Funeral arrangements have been entrusted to Gray's Funeral Chapel, (306) 922-4729.
To plant a tree in memory of Diane Semeniuk, please visit Tribute Store
Services for Diane Semeniuk
There are no events scheduled. You can still show your support by planting a tree in memory of Diane Semeniuk.
Visit the Tribute Store