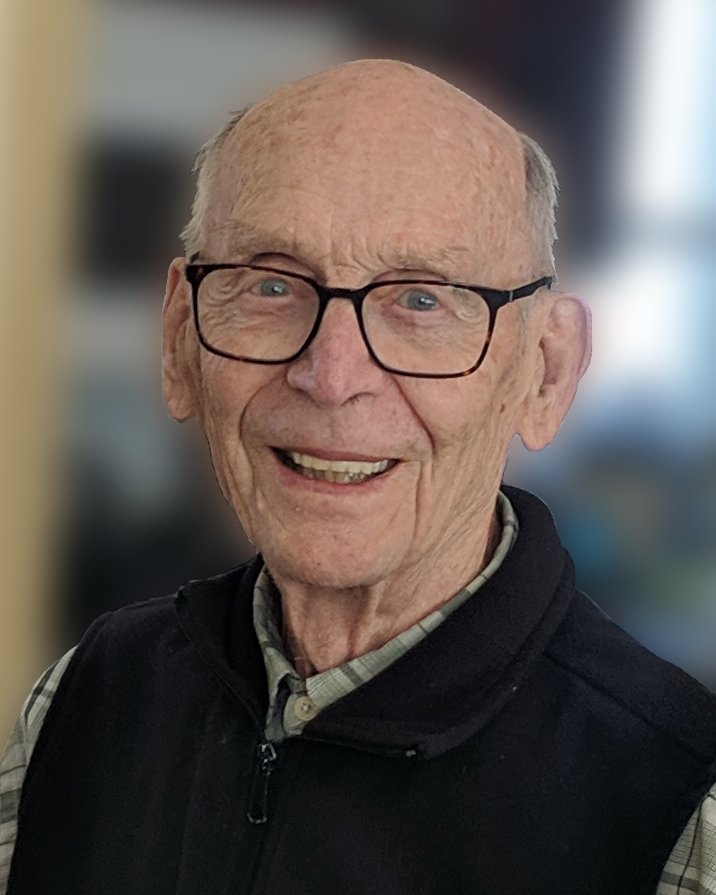 Frederick (Fred) Alan Routley February 10, 1930 ~ September 12, 2020 We sadly inform you of the passing of Fred Routley of Prince Albert. Fred left us on September 12 at home in Good Shepherd Villas with his family and Pastor Fran Schmidt at his bedside. Although he enjoyed good health for many years Alzheimer’s eventually took its toll. He was 90. Fred is survived by his wife Olga, recently celebrating their 64th anniversary; his son Brent (Kristina Long) of Coquitlam B.C., their sons Emile and Jeremy; his daughter Karen (Glenn Carruthers) of Rosthern, their daughters Shauna (Robert Hydomako) of Saskatoon and Kelly Carruthers of Mississauga, and 6 great grandchildren. As well, sister-in-law Janice Routley of Regina, sister- and brother-in-law Marie and Wayne Stockton of Regina, brother-in-law Ralph Black of California, and many nieces and nephews. Fred was predeceased by his parents Chester Elmer and Lillian Irene (Longman), his brothers Russel (Pat), and Barry, and sister Betty (Bill Reed),also his sister-in-law Gladys Black. Fred was born in Biggar, Saskatchewan on Feb 10, 1930. He lived on a farm until moving to Saskatoon in 1942. He attended Caswell school and graduated from City Park High School. After Teacher’s College he began his teaching career in Radisson. Achieving his B Ed in 1952, he then taught in Wilkie before heading to the Yukon where he met Olga Kilden, his future wife. They were married in 1956 and moved to Prince Albert. Fred continued to teach and then got into guidance counseling and special education. Saint Charles, Riverside, PA Tech, and Carlton were his schools. He also spent one year at the school board office as Assistant Superintendent. These years were marked by many good times with colleagues, friends and neighbors. Fred retired in 1986 from Carlton. Brent was born in 1961 and Karen in 1964. The family enjoyed many good times at the cabin at Emma Lake, traveling, getting together with family, and other reunions. Fred‘s other passions included volunteering, community work, and church work at Messiah Lutheran. He was a cub leader, enjoyed his bowling team, and played bridge. He helped with political campaigns, ran UNICEF school campaigns, worked with Share-a-Meal and the food bank gardens, served meals-on-wheels, organized a Seniors Group at church, and attended Nature Prince Albert, among other things. House and garden and church flowerbeds kept Fred busy. He and Olga traveled through Canada and the US, Norway, China, and Hawaii. We will remember forever his love, peaceful nature and optimism. Funeral Service will be held at Messiah Lutheran Church,1796 15th Ave E, Prince Albert, SK, on Wednesday, September 16, 2020 on 2:00 p.m. The church asks that masks be worn when attending the funeral service. Interment will be held at Prince Albert Memorial Gardens. Condolences may be sent to the family at www.grays.ca. Funeral arrangements have been entrusted to Gray's Funeral Chapel, (306) 922-4729.
To plant a tree in memory of Frederick Routley, please visit Tribute Store
Services for Frederick Routley
There are no events scheduled. You can still show your support by planting a tree in memory of Frederick Routley.
Visit the Tribute Store