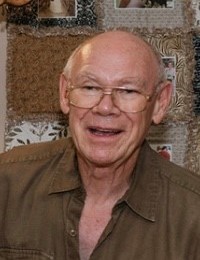 Richard “Rick” Johnson April 1, 1950 ~ October 8, 2020 Rick Johnson, of Prince Albert, SK beloved husband, father, grandpa and neighbour passed away peacefully at St Paul’s Hospital in Saskatoon, SK in the early morning of October 8,2020 with his beloved family by his side. Rick was 70 years old and leaves behind his wife Debbie of 50 years; his children Jon (Kristi Baxter)Johnson of Edmonton, AB, and Christina ( Edward) Quan of Saskatoon, SK, four grandchildren and 2 great grandchildren; one sister Audrey( Calvin) Petryna of Kelowna, BC and several nieces and nephews. He was predeceased by his parents Gladys Dynna and John Johnson and stepfather Ted Dynna as well as his brothers Donald Johnson, Lawrence Johnson Allan Johnson and Randy Johnson. The family will hold a celebration of life at a later date. Condolences and further inquires can be emailed to rickjohnsoncondolences@gmail.com
To plant a tree in memory of Richard Johnson, please visit Tribute Store
Services for Richard Johnson
There are no events scheduled. You can still show your support by planting a tree in memory of Richard Johnson.
Visit the Tribute Store