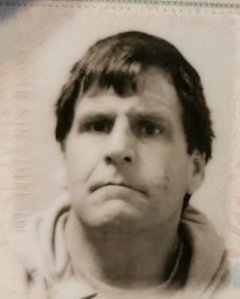 Norman R. Jackson May 7, 1968 ~ October 10, 2020 It is with great sadness that the family of Norman Raymond Clarence Jackson announce his passing on October 10, 2020 in Prince Albert, SK. Norman was born May 7, 1968 in Melfort, SK and attended school in Thompson Manitoba, Melfort and Prince Albert. He was a journeyman meat cutter and a journeyman electrician. Norman will be forever remembered by his two sons Bradley and Chris, his daughter Magan, parents Norman and Dianne Jackson, brother Phillip(Chrystal) of Calgary, sister Tanya, special friend Curtis, Charlene Erno, numerous nieces, nephews, uncles, aunts and well as other friends and relatives. Norman is predeceased by his grandparents Raymond and Mina Jackson as well as Clarence and Isable Wicks, aunties: Shirley Lindbloom, Elaine Jackson and Margaret Jackson, uncles Garry Jackson, Andy Biron, Marvin Lindbloom and Lewis Brothwell. A Private Family Graveside Service will take place at South Hill Cemetery. Memorial donations can be made to a charity of one’s choice. Condolences may be sent to the family at www.grays.ca. Funeral arrangements have been entrusted to Gray's Funeral Chapel, (306) 922-4729.
To plant a tree in memory of Norman Jackson, please visit Tribute Store
Services for Norman Jackson
There are no events scheduled. You can still show your support by planting a tree in memory of Norman Jackson.
Visit the Tribute Store