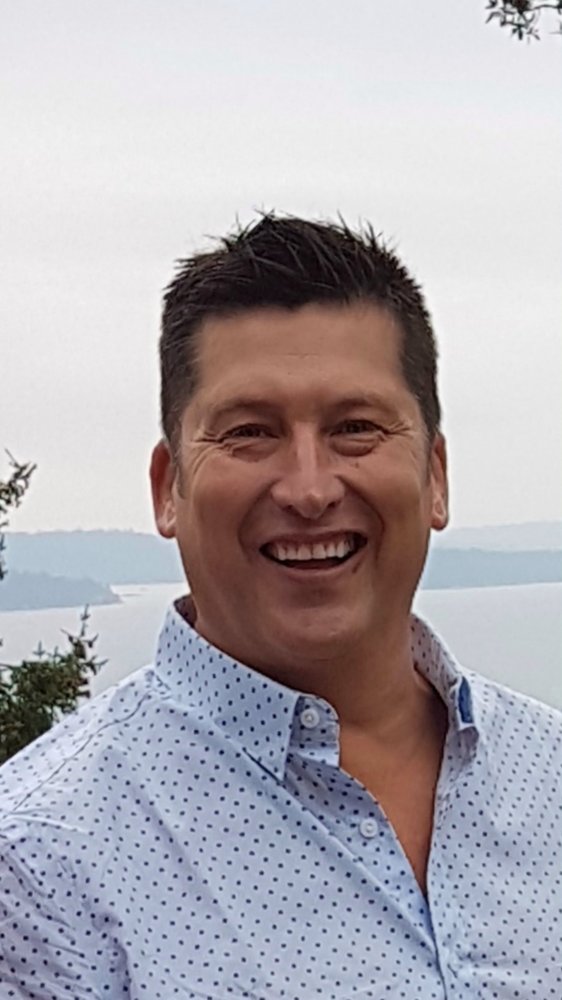 Please share a memory of Sheldon to include in a keepsake book for family and friends.
View Tribute Book
Sheldon McDougall November 6, 1965 ~ December 2, 2020 It is with great sorrow that we announce the sudden passing of Sheldon McDougall on December 2, 2020. Sheldon was an amazing husband, father, son, brother, and friend. He touched the hearts of everyone he met. He was intense, passionate and had a love and devotion for his family. He was a true Momma's boy through and through. Max and Reese were his pride and joy, and he was so very proud of them. He had an enormous sense of humor, loved to clean, cook, BBQ and drink Pilsner. Sheldon enjoyed watching, playing, and coaching sports. His happy place was the cabin, sun and boating on the lake. Sheldon had so many cherished friends who meant a lot to him. He was a hard worker and had great work ethic during his career in sheet metal for 36+ years. Sheldon leaves to mourn his wife Susan, sons Max and Reese (Kiara), mother Lucy (Craig) McDougall, sister Laurie (LA) Quirion, brother Lance McDougall, mother in law Marlene Yungwirth, sisters in law Deb (Shawn) Croden, Donna (Mike) Rychlo, Karen (Bryan) Paulhus, Cathy (Gord) Hirschfeld, brothers in law Ron (Anne)Yungwirth, Tom Yungwirth, Mike (Karla)Yungwirth, And many cousins, nieces, and nephews. He was predeceased by his father Gordon McDougall, grandparents Henry and Yvonne McDougall, Rene and Anna Rabut. father in law Arnie Yungwirth, grandparents in law George and Iola Dean, Dominic and Catherine Yungwirth. “The sorrow we feel when we lose a loved one is the price we pay to have had them in our lives.” At the request of the family service to be held at a later date. Condolences may be sent to the family at www.grays.ca. Funeral arrangements have been entrusted to Gray’s Funeral Chapel, (306) 922-4729.
Online Memory & Photo Sharing Event
Online Event
About this Event

Look inside to read what others have shared
Family and friends are coming together online to create a special keepsake. Every memory left on the online obituary will be automatically included in this book.
View Tribute Book
Services for Sheldon McDougall
There are no events scheduled. You can still show your support by sending flowers directly to the family, or planting a memorial tree in memory of Sheldon McDougall.
Visit the Tribute Store