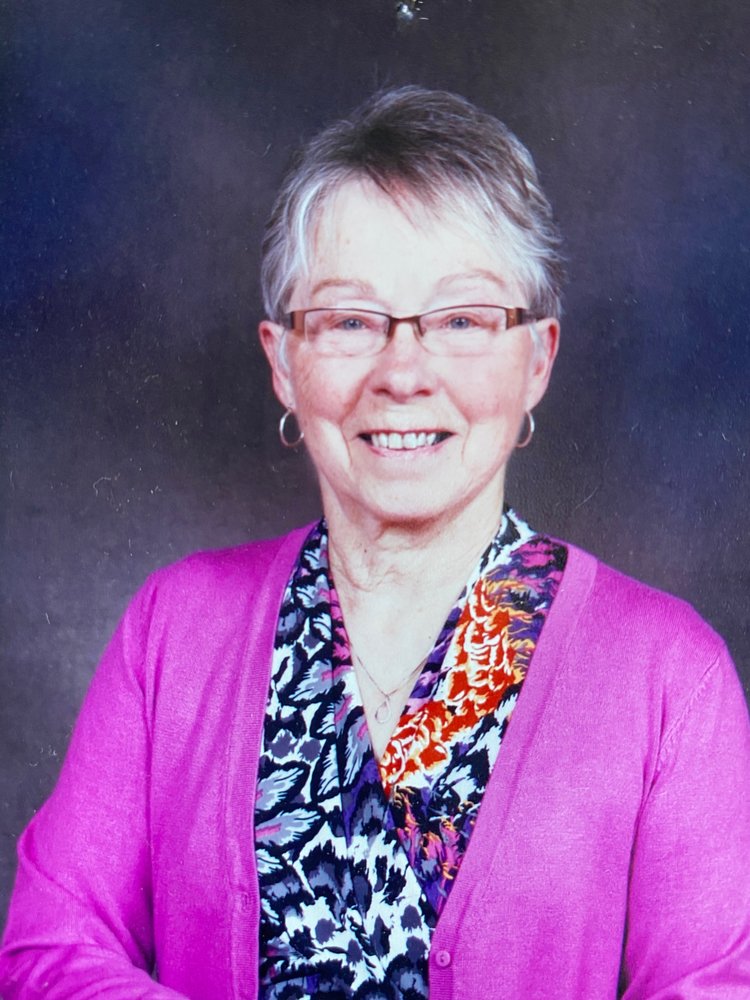 Catherine Molly (Gurski) Mann March 2, 1935 - December 23, 2020 Catherine was born on March 2, 1935, to Katherine (Gusikoski) and Leo Gurski in their home, on the farm near Viscount SK. She was the sixth child and fifth daughter in a family of twelve children. Her childhood days were spent on the farm assisting with ordinary tasks of everyday life, which included milking cows, gathering eggs, bringing wood to the house, working in the garden, and helping her mom in the house. Catherine took her elementary schooling at Aukland School and most of her high school by correspondence. After she finished her formal schooling, she took various domestic jobs outside the home. This was also the time she started going out to dances and various social activities and eventually started dating Albert Mann, the love of her life. After a courtship of about a year, they were married on October 11, 1954, in St. John’s Parish Church. Catherine and Albert became full time mixed farmers on the original homestead of Albert’s grandfather. Here Catherine became a full-time mother and homemaker raising eleven children, five daughters and six sons. These were busy, busy years filled with grain and cattle farming, domestic and yard chores, large gardens, and preserving food for the winter. Despite the constant work of providing a livelihood for a large family, there were times when Catherine and Albert were able to get away on short fishing trips, which Catherine enjoyed. In 1982 Catherine’s life changed when Albert became sick and then disabled, becoming Albert’s caregiver. Life for her changed again in 1996, when they moved off the farm and into Prince Albert, and then again, when Albert died in 2001. Catherine continued to live in her home in Prince Albert until her death. First and foremost, Catherine was a wife and a mother, a calling that she accepted gracefully, committed to a life of service to others. Her unwavering faith was her solace and strength, bringing her joy, but also served to help her overcome many difficulties in her life. Catherine was quiet, reflective, and conservative. She had a great sense of humor and loved to laugh and socialize with family and friends. Catherine enjoyed music and learned to play the organ by ear; she liked to sing, dance, and play cards. She gardened her whole life, putting up many preserves. Her fermented dill pickles were an iconic favourite by all who experienced them. Catherine learned to sew, becoming very successful at it, making different items of clothing for family members. She also made blankets called feather ticks with flannelette covers, and these were a staple. She was a baker making thousands and thousands of loaves of bread and buns over the years. Her buns were a family favourite at every family gathering. Catherine enjoyed the outdoors, going for daily walks all year round. She enjoyed going to the lake, boating and fishing, or just sitting by the campfire and enjoying the scenery. When she moved to Prince Albert, she became involved in St. Joseph’s Parish in the CWL, the Widow and Widowers Club, carrying out correspondence, and taking communion to the in-firmed and shut-ins. She also participated in aqua size classes and bowling for a number of years, and she even tried yoga as well. Catherine enjoyed travelling to see her children spread across Western Canada. She also went on different family trips with various family members, Disneyland, Tofino, Prince Edward Island and the Maritimes, Alaska, Portugal, France, and Ireland. Two highlights of her international travel were Fatima in Portugal and Lourdes in France. Catherine always had a special devotion to Our Lady and the rosary, so visiting these two sites was very special for her, as were the yearly pilgrimages she made to special sites designated to Our Lady here in Saskatchewan. Catherine was a trooper her whole life, living a life of acceptance and dogged determination in the face of adversity with courage, strength and resolve. She carried these qualities with her right up to her final day. She died peacefully in her home on December 23, 2020, with loving family members at her side. Catherine was predeceased by her husband, Albert, in 2001. She is survived by her eleven children Reg (Michelle), Calvin (Susan), Lorraine (Ben), Myles (Linda), Eugene (Candice), James (Marie), Colleen (Rob), Janice (Cliff), Leona (Bernie), Irene (Brian), Paul (Shandar). She is also survived by thirty-two grandchildren and sixteen great-grandchildren. A Private Family Funeral Mass with Father Maurice Fiolleau officiating will be held on Thursday, December 31, 2020 at St. Joseph Church, 260 25th St E, Prince Albert, SK. Interment will follow at St. John’s Cemetery, Viscount, SK. Those wishing to place a memorial donation in lieu of other tributes may do so to Saskatchewan Deaf & Hard Of Hearing Services, 3-511 1st Ave N, Saskatoon SK S7K 1X5. Condolences may be sent to the family at www.grays.ca. Funeral arrangements have been entrusted to Gray's Funeral Chapel, (306) 922-4729.
To plant a tree in memory of Catherine Mann, please visit Tribute Store
Services for Catherine Mann
There are no events scheduled. You can still show your support by planting a tree in memory of Catherine Mann.
Visit the Tribute Store