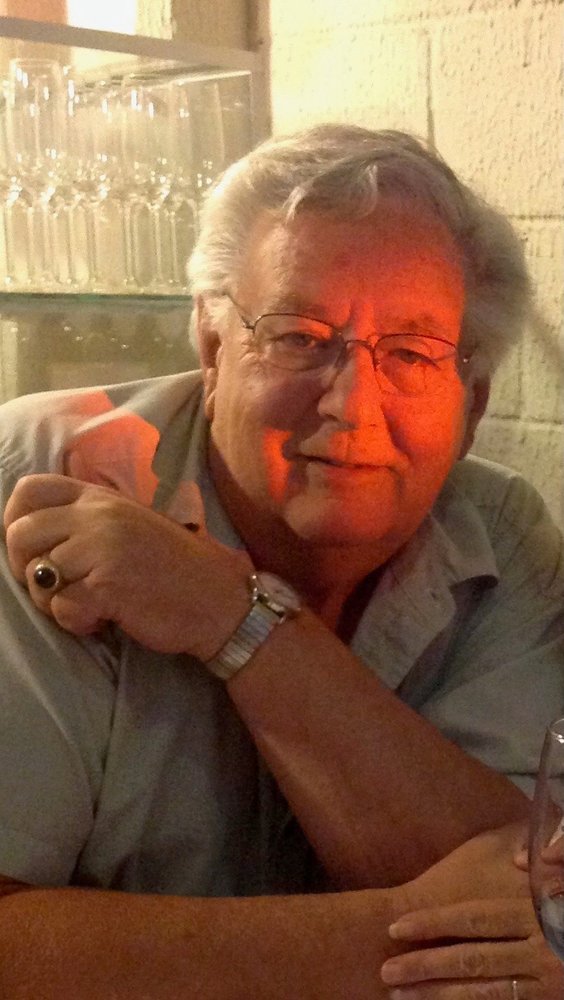 Hal Marlene Stupnikoff April 15, 1946 ~ December 28, 2020 Hal Marlene Stupnikoff (B.A, B.Ed) 1946-2020 passed away at the Royal University Hospital in Saskatoon on Dec 28th, 2020, surrounded by his loving family. He was predeceased by his mother (Anne) and his father (Peter), and numerous aunts and uncles. He is survived by his wife, the love of his life, Fay Stupnikoff, his daughter Penny Stupnikoff-Watchel (Murray), his stepsons Scott Witkowski (Bridget), David Penner (Peggy) and the pride and joy of his world, his grandchildren Haley and Brady Watchel and Michaela and Kyle Witkowski. He loved attending their musical recitals, dance performances, and especially the sporting events. He is also survived by his two sisters Donna Sommerfeld (Tom), Pat Himaras (Mel) and his brother Peter Stupnikoff (Lorraine), his two brother-in-laws Bert Emisch (Nancy), Jack Emisch (Brenda) and their families. Hal was born at the old Holy Family Hospital in Prince Albert and spent his formative years in Marcelin and Blaine Lake. He developed a great love for all sporting activities at a very young age, especially hunting and fishing. After university, Hal taught physical education, regular classrooms, and administration in a number of locations, including Blaine Lake, Nipawin, and Lac La Ronge. In 1980, he was given the opportunity to work with the Saskatchewan Outfitters Association, where he remained as executive director until his retirement in 2013. He was passionate about issues that impacted the Outfitting industry and worked hard to address many of the challenges that outfitters were facing. Through the years, he had an opportunity to visit almost every camp in the province and was instrumental in developing the Canadian Outfitting Association. His work also entailed promoting Saskatchewan Outfitting, and he traveled extensively across the United States, Britain, and Germany. He was proud to live in Saskatchewan, and his love for the great outdoors was evident to every client to whom he talked. Hals hunting and fishing trips were many and varied. Antelope, mule deer, whitetails, elk, moose, ducks, geese, and partridge were all species that he hunted. While fishing in Lac La Ronge last year, he commented: “I have fished this spot for over 70 years,” and he was not exaggerating. His father had taken them out there when he was four years old. For over thirty years, Hals cabin on Lac La Ronge was his sanctuary. He made many friends with other cabin owners, and for many years, a day did not pass when someone came for a visit, a coffee, a dinner, or a party. Year-end parties were legendary. The entire family has many fond memories of cabin time. Hal loved and was loved. Due to COVID-19, a Service will be held at a later date. Condolences may be sent to the family at www.grays.ca. Funeral arrangements have been entrusted to Gray’s Funeral Chapel, (306) 922-4729.
To plant a tree in memory of Hal Stupnikoff, please visit Tribute Store
Services for Hal Stupnikoff
There are no events scheduled. You can still show your support by planting a tree in memory of Hal Stupnikoff.
Visit the Tribute Store