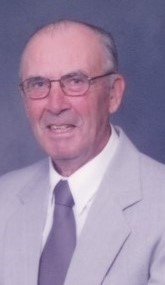 UBALD AURENIEN JOSEPH GIGNAC August 22, 1932 ~ December 31, 2020 It is with great sadness that we, the family of Ubald Gignac, announce his peaceful passing with his wife next to him on December 31, 2020, at the age of 88. Ubald is survived by his loving wife of 65 years, Flore (nee Painchaud); his children Alain (Liz), Gerald (Odile), Julien (Patty), Gisele (Albert), Colette (Dale), Leon, and Nicole (Terry); sixteen grandchildren; thirteen great-grandchildren; his brother Raymond; sisters Matilda, Angeline, and Elise; his in-laws; Denise, Laurette (Dennis), Gilberte, Lucien (Thelma), Gerald, Lionel (Phyllis); and sisters in law Peggy and Therese. He was predeceased by his parents Donat and Marie Gignac; his in-laws, Gilles and Maria Painchaud; his son, Michael; grandson, Ryan; and eight siblings. Ubald was born on August 22, 1932, on the family farm. He was a very hard worker and loved the farm, he tried a few different jobs but always came back home. He married the love of his life, Flore, on July 5, 1955. After a little while, they moved to Albertville to own and operate a general store. Farm life kept calling him back, so they moved to the acreage in 1968 and farmed until his retirement. Not one to sit still, he enjoyed helping his sons with their farming activities whenever he could. Throughout his life, he was a Credit Union board member, loved going ice fishing, cutting firewood, playing cards, and relaxing in front of the woodstove. He was a man of faith and family and often could be found on the deck after Mass surrounded by his loved ones, having a cup of coffee. He will be greatly missed by family and friends alike. Due to COVID-19, Funeral Services will be held in the summer at St. James Roman Catholic Church, Albertville, SK. Condolences may be sent to the family at www.grays.ca. Funeral arrangements have been entrusted to Gray's Funeral Chapel, (306) 922-4729.
To plant a tree in memory of Ubald Gignac, please visit Tribute Store
Services for Ubald Gignac
There are no events scheduled. You can still show your support by planting a tree in memory of Ubald Gignac.
Visit the Tribute Store