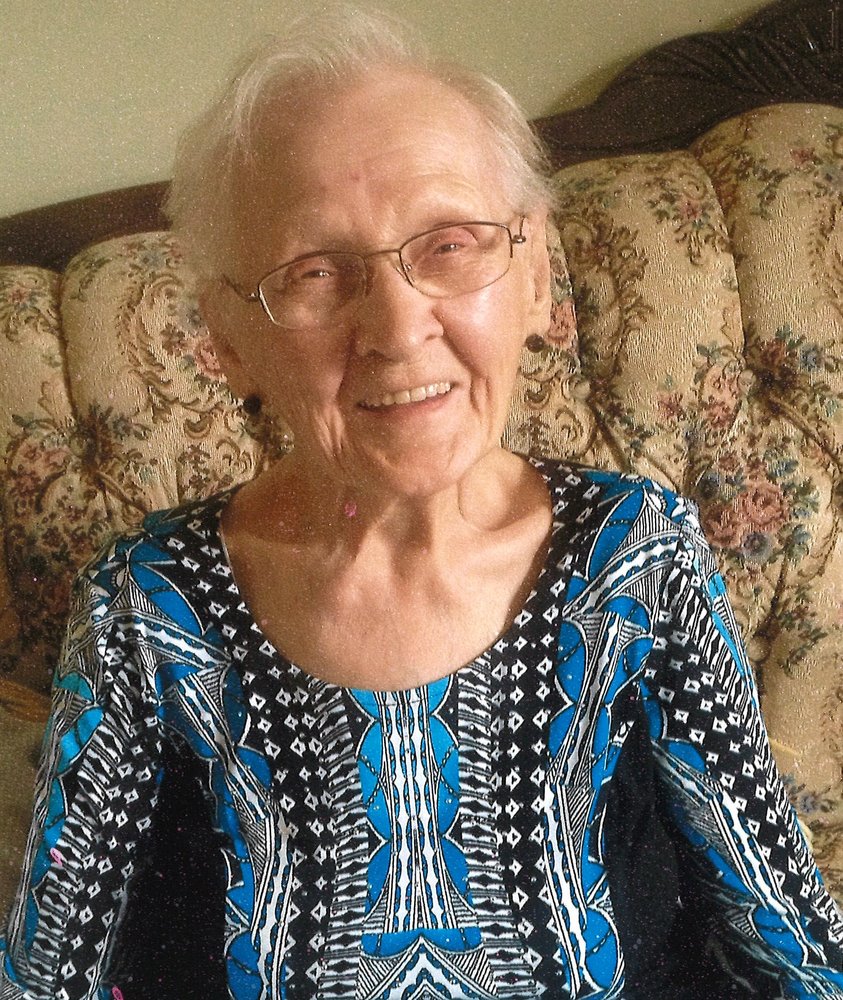 Helen Wilson - Udsogn October 19,1926 - January 8, 2021 It is with a deep sense of loss that we share Mom's quiet passing in her sleep following 3 weeks of deteriorating health. She went from her earthly home to her heavenly Home to be with her Savior and Lord whom she loved and served. She was dearly loved and will be greatly missed. Helen was born to Isaak and Katherina Klassen on October 19, 1926 in Osler, SK the oldest girl in a family of 6 children. As such, she worked hard at home and then found a job in PA at a boarding house where she met and soon married Ken Wilson in April 1947. She had 4 children in 5 years and was an extremely busy Mom. She was an accomplished seamstress who was able to sew her daughter’s dresses at Christmas and Easter without using a pattern. Due to Dad's deteriorating vision that resulted in blindness at age 48, she had to assume many other jobs like carpentry, painting and eventually driving. Dad did a lot of whistling during family car trips. In the empty nest phase, she got her certificate as a care aid and worked in homes for several years. While her children thought of doing 25th anniversary celebrations which would have been in April, Dad passed away in January 1972. Mom then married Arthur Udsogn in July, 1976 and they lived in PA until his passing in 2000. During this time, daily visits to the A&W for breakfast or lunch were part of their routine. This she continued to do daily with her walker - round trip of 12 blocks rain, shine or snow - until she was 91. She was an avid reader, liked to crochet and knit, do puzzles, and play Frustration (favorite game) but her biggest passion was to share Jesus. This she did with anyone regardless of age, culture, or position in the community. Her children, grandchildren and great grandchildren are blessed because of her love and prayers. Mom lived her last 3 years at the Nelson Care Home where she was well cared for and treated as their mother or grandmother. Many thanks to Minda and Tess. They described her as a "jokester" and fighter. Helen is survived by her siblings - Henry, Eva, Mary and George and lovingly remembered by her daughters RoseAnn (Allan Rousson), Shirley (Earl Jones) Marjorie (Eldon Gjesdal) and son Harry (Sandy), as well as her grandchildren: Trent Rousson (Michelle), Dawn Pierce(Rennie), Curtis Gjesdal (Melissa), Sandi (Scott Lafleur), Laura (Ryan Pals), Michael Wilson (Leanne), Sara Wilson and 17 great grandchildren. Helen was predeceased by her parents, husbands: Kenneth Wilson, Arthur Udsogn, brother Pete and granddaughter Twyla in 1991, stepdaughter Betty Udsogn and son-in-law Wilmer Pierce. In her honor, a Funeral Service will be held with family and close friends on January 13, 2021 at Community Bible Church, 950- 6 Avenue East Prince Albert, SK. Interment will be held at Prince Albert Memorial Gardens. Donations in Helen’s memory can be made to the Prince Albert Community Bible Church- 950- 6 Avenue East Prince Albert, SK. Condolences may be sent to the family at www.grays.ca. Funeral arrangements have been entrusted to Gray's Funeral Chapel, (306) 922-4729.
To plant a tree in memory of Helen Udsogn, please visit Tribute Store
Services for Helen Udsogn
There are no events scheduled. You can still show your support by planting a tree in memory of Helen Udsogn.
Visit the Tribute Store