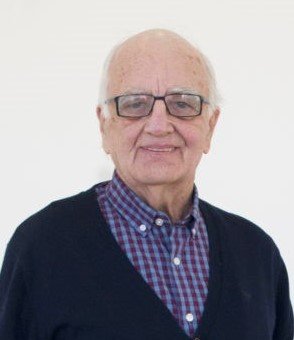 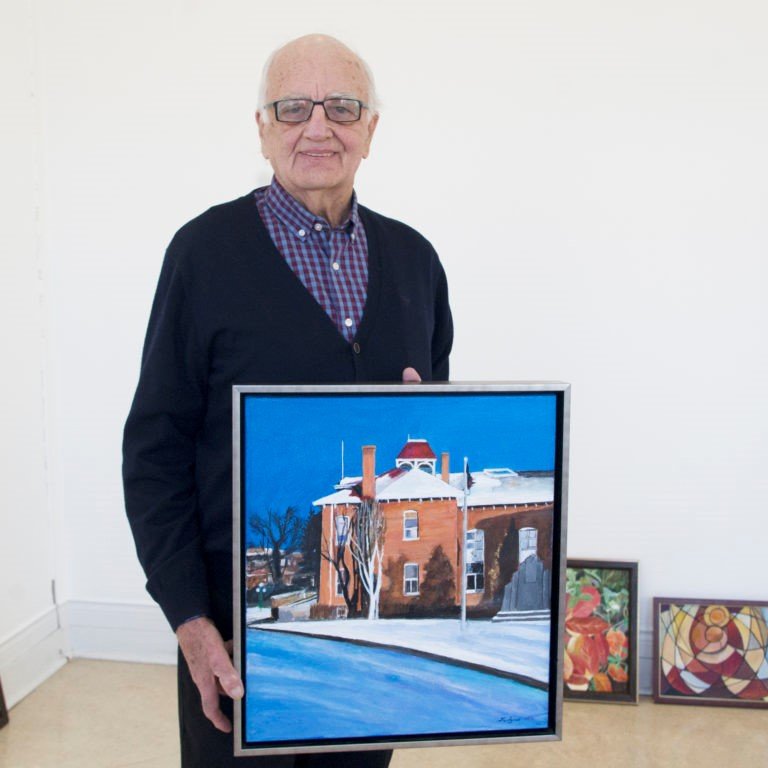 It is with great sadness that the family of The Reverend Kenneth Lyons announce his passing on March 24, 2021 in Prince Albert, SK.

Kenneth Edward Lyons, much-loved husband, father, grandfather, teacher, musician, artist and priest was born on June 12, 1935 at Brancepeth, Saskatchewan and died on March 24, 2021, in Prince Albert. He began school in British Columbia, where the family lived for a short time, but grew up mainly in the Brancepeth, Kinistino area finishing school there.  He graduated from the University of Saskatchewan with degrees in Education and Arts.

Ken Lyons and Marina Wendelborg were married on August 8, 1959.  They celebrated 60 years of marriage in 2019.  Ken loved and enjoyed their family, Christopher (Chris) and his wife, Linda, and their sons, Michael and Andrew, and Gillian (Jill) and her husband, Peter Gravlin, and their son, Matthew and his fiancée, Liesl Nostbakken.  The three grandsons were very precious to Ken.

Ken loved teaching.  He taught in Weldon, Pelican Narrows, and Carrot River, but mainly as a teacher or principal in various schools in Prince Albert.  Ken was the kind of teacher who could say, “Time for a break”, and then he would pick up his guitar, and he and the class would sing!  His former students always remembered him, and would tell him of his influence in their lives especially in music and art.

Music was a very important part of Ken’s life.  Ken had a beautiful natural tenor voice and gave of his talent from a very young age. Wherever he was he sang in choirs and formed and directed music groups to entertain in the community and to sing in church.  Ken taught art and was a painter himself. Within the past few years he had two shows of his paintings.  His Christmas cards were printed from his original small paintings and several friends have collected them through the years.

Ken’s faith in God and dedication to the church were part of his life from a very early age. He loved the church and served in many different capacities at St. Alban’s Anglican Cathedral, Prince Albert, where he was still an Honourary Assistant.  When living at Christopher Lake, after retirement from teaching in 1988, he assisted at St. Christopher’s Church.  After being ordained in 1990 he served at St. Christopher’s as their priest until 1995.   Needless to say, he directed the choir at St. Christopher’s, and also took part in the designing of the addition to that building.   After moving back to Prince Albert in 2005, he led music groups at St. Alban’s Cathedral: Men of the Way and The Parish Singers.  So much fun and laughter blended with the singing practices!

Ken’s family and friends treasure his paintings and remember the music that he shared so generously with love.  His singing is a beautiful memory in our hearts.

Private Family Service will be held.  Interment will be held at a later date at the Carrot River Valley Lutheran Church Cemetery.  In lieu of other tributes, those wishing to place a memorial contribution to a charity may do so to the St. Alban’s Cathedral Endowment Fund, 1410 Bishop McLean Crescent, Prince Albert, SK or Rose Garden Hospice, 450 – 1403 Central Avenue, Prince Albert, SK S6V 7J4 with the family’s express thanks.   Condolences may be sent to the family at www.grays.ca.  Funeral arrangements have been entrusted to Gray's Funeral Chapel, (306) 922-4729.