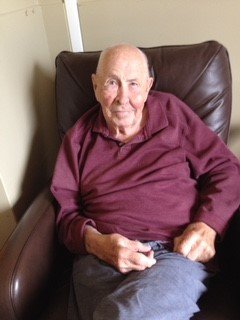 Marvin Ray MacDonald passed away at the age of 93, on Tuesday,  May 4th, 2021 at Herb Bassett Home in Prince Albert, SK.   Marvin was born on October 13, 1927 in the Saltcoats District, SK. He was the seventh and youngest child in his family.

During his working years, Marvin was a salesman, a farmer, and an entrepreneur. He was on the road with General Foods for twenty plus years where he developed many life long friendships throughout the province. In the sixties, he was an active member of the Kinsmen Club in Prince Albert. In 1961, he purchased a quarter section of land north of Prince Albert which grew into a mixed farming operation centered around purebred Charolais cattle.  He co-owned the Dairy Queen in Prince Albert for a period of time and in the late seventies, he and a partner built and opened the KFC in LaRonge. Marvin loved and travelled to many locations in northern Saskatchewan. In the mid-sixties, Marvin and three friends purchased a log cabin overlooking McTavish Lake. Marvin immediately began to build an outfitting business. In the mid-seventies, he expanded his business by building a new camp at Mawdsley Lake. Marvin retired from the outfitting business in 2000. Marvin used his unique selling and bartering skills to build and maintain his camps.  Marvin was not a big fan of winter in Saskatchewan and was able to spend forty years in warmer locations. He was one of the first Prince Albert residents to spend the winter at the Mountain Shadows Condo Complex in Palm Springs, CA. and was often referred to as the “mayor” of that community.

The family would like to thank Herb Bassett Home for the superlative care given to Marvin for the last five years. The staff at the “Herb” were his extended family.

In lieu of other tributes, memorial donations in memory of Marvin may be directed to Herb Bassett Home, 1220 25th Street West, Prince Albert, SK, S6V 7P7

Marvin did not want to have a funeral. We will celebrate his life in the manner that he requested at a later date.

Condolences to the family may be sent to www.grays.ca  Funeral arrangements have been entrusted to Gray’s Funeral Chapel, (306) 922-4729.