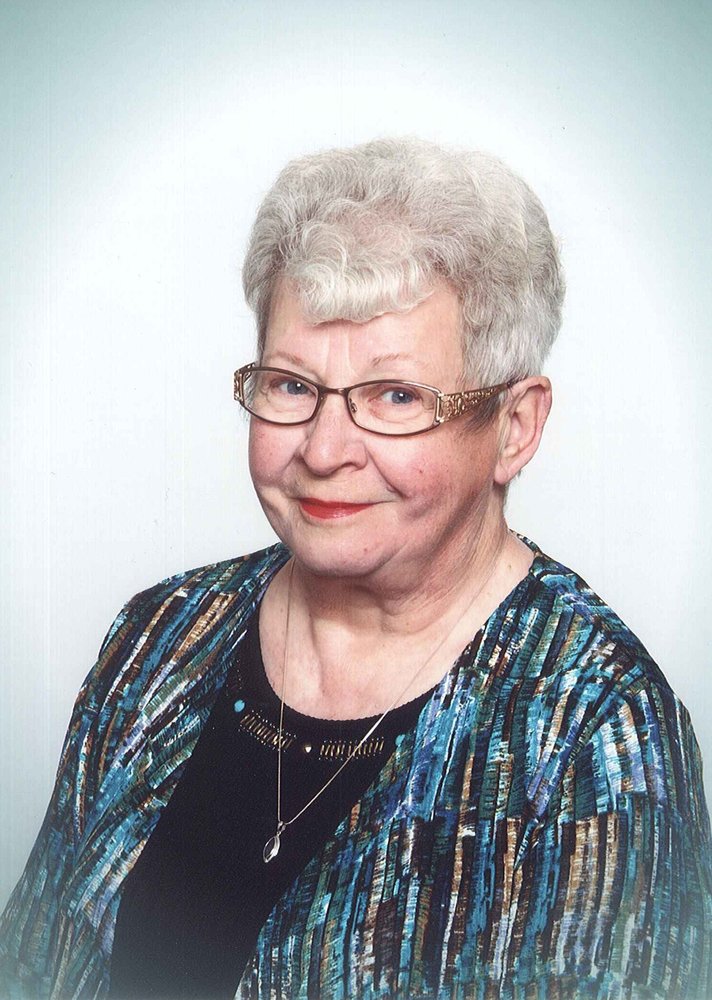 It is with great sadness we announce the passing of Shirley Pryszlak on July 1, 2021, with her husband Bill by her side. She resided in Meath Park, Saskatchewan.

Shirley was born at Janow Corners, Saskatchewan, near Meath Park on February 1, 1942. She grew up on the family farm near Weirdale Saskatchewan. She worked hard and put herself through university where she obtained a Bachelor of Education and Bachelor of Arts in Saskatoon. Shirley began teaching in 1961 and taught at Cloverdale School, David School, Weirdale School, with her longest tenure at Meath Park School. Her stern composure as a teacher was one of caring for her students and providing them the best future. Many former students commented how much they appreciated her as a teacher. Shirley had picture perfect writing and would carefully watch spelling, grammar, and punctation and would promptly correct someone if there was an error. Shirley retired from Meath Park School in 1991. On her days off from teaching and after retirement she would assist Bill at their farm in Foxford.

Shirley will be remembered for her big heart and caring spirit. She volunteered at various places including the Ukrainian Orthodox Holy Trinity Church in Prince Albert, Meath Park Seniors Center, and the Victoria Hospital. She was family oriented and remembered all special occasions. Seldom would Shirley ever miss a birthday, anniversary, or special occasion. Shirley kept in touch with relatives and friends in Ukraine and hosted them in Canada as they visited. The family will miss Shirley’s witty spirit and subtle honesty.

On July 14, 1962, Shirley Kosowan and Bill Pryszlak were married. For the next 59 years they remained by each others side, they were seldom apart. They went on many holidays together, including Hawaii, Alaska, various USA states, Spain, Venezuela, England, Belgium, Holland, Germany, Poland, Caribbean, Nassau, Bahamas, Ukraine, Cuba, Mexico, Margarita Island, Cozumel, and coast to coast in Canada. Closer to home, Shirley and Bill would often be seen together at the local restaurant or touring around in their van. They would go to Candle Lake for a drive, go picking mushrooms and berries, go to auctions or go fishing. She enjoyed reading, knitting, crocheting, and collecting antiques. Shirley enjoyed being part of her community and liked to visit with her friends to catch up and share stories.

Public Viewing will be held on Wednesday, July 7, 2021, from 4:00 p.m. to 6:00 p.m. at Grays Funeral Chapel, all are welcome to pay their final respects with Covid numbers still limited. Please note that due to COVID-19 regulations, mask use will be mandatory for those attending all services. A Private Prayer Service will be held at 7:00 p.m. on Wednesday, July 7, 2021, at Gray’s Funeral Chapel, 575 28 Street West, Prince Albert, SK. Private Funeral Service will be held at 10:00 a.m. on Thursday, July 8, 2021, at Holy Trinity Ukrainian Orthodox Church, 684 3rd Avenue East, Prince Albert, SK. Livestreaming and recording will be done for those who wish to take part in Shirley’s service and can be viewed at www.grays.ca/memorial-videos/. Interment will be held at the South Hill Cemetery. In memory of Shirley, donations may be made to the Charity of one’s choice. Condolences may be sent to the family at www.grays.ca. Funeral arrangements have been entrusted to Gray’s Funeral Chapel, (306) 922-4729.

Bill Pryszlak and family would like to express our sincere appreciation for the many acts of kindness that were shown while Shirley was fading and after her passing. Our hearts are full of gratitude.  We want to say many thanks to family members, friends, neighbors, past and present colleagues for expressing your sympathy: food, flowers, donations. Even with limitations in place, everyone found a way to show their kindness to us in the love and respect with the attendance at the service and viewing from near and far.  It was beautiful to see friends making such sacrifices to be there. We would like to express our appreciation to Rev. Father Michael Lomaskiewicz for personalizing the service and giving the message with personal experiences about Shirley, to Marusia Gryba for canting both the Prayer Service and the Funeral Service, to the hospital staff at the Royal University Hospital and the Victoria Hospital for making Shirley comfortable in her final days. Gray’s Funeral Chapel Staff, thank you for carrying out Shirley’s wishes as she would have wanted, your professionalism and understanding I see in the work you do.  Thank you to Myriam Minier for taking care of the arrangements and all the special details, but most of all to the entire team from the moment the transfer was completed by Roger Holmevik and Suzanne Minier to the final details at the cemetery, thank you. Shirley left a lasting impact on all of her students at Meath Park School that she was very proud of, it showed in all the beautiful tributes on Facebook, we will all cherish her memory…… Thank you everyone.

To plant a beautiful memorial tree in memory of Shirley Pryszlak, please visit our Tree Store