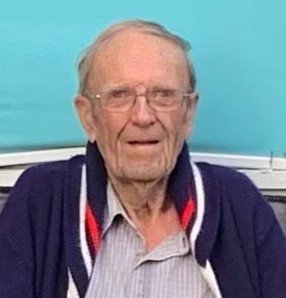 It is with great sadness that the family of Harvey John Weir announce his passing on July 2, 2021 in Henribourg, SK.

Harvey was born on the family farm in 1932 where he lived his entire life until passing on that very farm. He married his wife of 67 years, Vivian, in 1955. They would go on to have three children together: Alan, Lorna, and Sharon. Harvey’s first job, aside from farming, was building elevators, making only 90 cents per hour. He then went on to be a mechanic at Thompson Tractor, which sparked his interest in restoring old tractors. This became a lifetime passion for Harvey. He drove school bus for many years and would service them while students were in class. Harvey worked at the forest nursery for 19 years before finally retiring. During retirement, he would restore farm equipment and wood turn to keep himself busy.

Thank you to all the doctors and nurses who looked after Harvey in the past few years. Special thank you to Dr. Obrigovich and the staff at Coop Clinic as well as the palliative staff, whom he appreciated very much. Thank you as well to the RCMP and Gray’s Funeral Chapel.

Private Family services will be held at a later date. Condolences may be sent to the family at www.grays.ca.  Funeral arrangements have been entrusted to Gray's Funeral Chapel, (306) 922-4729.

To plant a beautiful memorial tree in memory of Harvey Weir, please visit our Tree Store