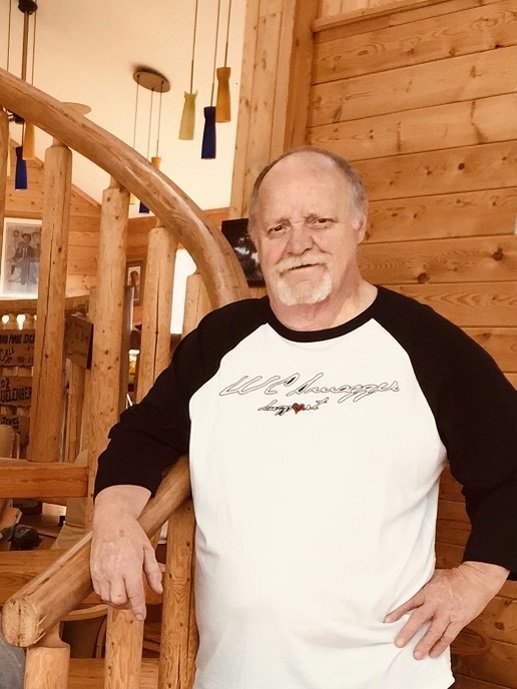 It is with profound sadness and a broken heart that I must announce the passing of my father Roy Stanoffsky.

Woke up crying late at night,

When I was very young.

I had dreamed my father had passed away and gone.

My world revolved around him,

I couldn’t live there anymore.

So, I made my way down the mirrored hall, and tapped upon his door.

I said, “daddy I’m so afraid how will I go on with you gone that way?”

He said, “that’s my job, that’s what I do. Everything I do it’s because of you, to keep you safe with me. That’s my job you see...

A few months ago, Pops was diagnosed with leukaemia and had been receiving treatment. Roy passed on Sunday, August 25th, 2021 from cardiac arrest through the night.

Roy was predeceased by his mother and father, 20 brothers and sisters, and in November. of 1996, Roy was pre-deceased by his youngest son Arlo. Surviving Roy is his son Jason, older brother Dell, older sister Monica and younger sister Yvonne, as well as a great many nieces and nephews.

Roy was born on December 7, 1945 in Melville Saskatchewan, where he spent his formative years and played junior hockey for the Melville Millionaires. Growing up in a large family of 24, times were tough, and Roy wasn’t able to finish his schooling.  He did however learn how to hustle to make a dollar which would serve him well when he entered life ‘s chosen profession as a salesman.

Roy’s original profession was that of an electrician.  In 1970 there was a house fire in the family home and Roy would receive third degree burns over 60% of his body making sure that his pregnant wife and mother-in-law who struggled with MS made it safely out of the family home.

Due to the nature of his burns, working with his hands and arms above his head as an electrician was no longer possible. It was then that he would switch to his life’s chosen profession as a salesman. Once Roy became involved in sales, he was promoted swiftly to district manager, and then to provincial manager. Ultimately Roy would settle on the insurance industry where he spent 28 years, the last 2 plus decades, where he owned his own brokerage and partnered with his son Jason.

In 2007, Roy would take over responsibilities of the Jewel of the North resort, as his son Jason became confined to a wheelchair from a single vehicle rollover accident.

Roy was always quick with a joke, a one-liner, or an animated story which he loved entertaining people with. There wasn’t much Roy enjoyed more then verbal sparring with someone to keep the laughter going and the crowd entertained having a good time.

To those who knew Roy, knew a pillar of strength who was always there to lend an ear, and voice the most heartfelt, and sometimes the most politically raw logic imaginable! Where he always left you feeling stronger. You will be forever missed…

I know there’s been a great deal of inquiries about when we would be holding a memorial for Pops . We just needed to get through the valances summer, things have been quite busy at the JOTN. So we will be holding a celebration of Pops life on Saturday, September 11th, Between 2:00 and 4:00 in the afternoon     at the lodge of the JOTN. I hope everyone who is this is able to come, brings their best “Roy story”. As everyone surely knows Pops most definitely loved telling a story, & hell ya he had a ton of them... So I’ll see you on Sept. 11th, “Never a memory without a smile”  

To plant a beautiful memorial tree in memory of Roy Stanoffsky, please visit our Tree Store