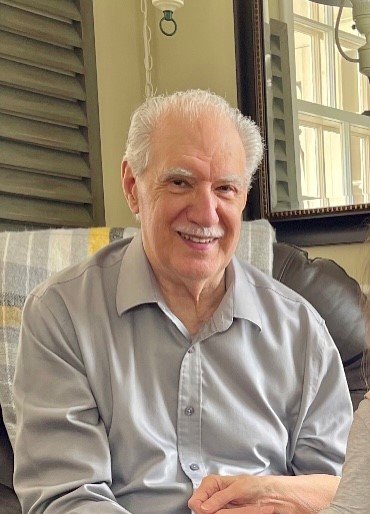 It is with quiet hearts that we announce the passing of Jacques Fournier.

Jacques and Micheline committed to each other on the shores of the St. Lawrence River near his beloved hometown of Saint Michel, Quebec. They had 55 years of marriage experiencing all the joys and harsh realties of life.

His career in the Air Force provided him the opportunity to learn a second language. His welding career then took him and his young family across the country to finally settle in Prince Albert, Sask.

Jacques spent 33 years working for the Federal Government. He received awards and recognition for his service. His commitment did not stop there, he took great pride in being a member of The Knights of Columbus, and along with his Knight brothers was able to help make a difference in many lives.

His passion was hockey and as he stood on the cement risers of the Communiplex in 1982 the Prince Albert Raiders became a Western Hockey League team. He stayed a true and loyal Raider fan for all his living years and will cheer for them for many more as his family has chosen to keep his season ticket in his name.

His family would like to thank Prince Albert home care services. The 6th floor nursing staff at the Victoria Hospital for the exceptional loving care he received. There are no words.

To his brother knights who stood and will continue to stand by his family and provide the care and support that he had so often provided for others, may GOD bless you.

Memorial Mass will be held at 1:00 p.m. on Tuesday, August 10, 2021 at St. Michael’s Roman Catholic Church, 1505 13 Street West, Prince Albert, SK.  Interment will be held at a later date.  Services will be live streamed and videotaped. If you wish to view the service, the live stream link is www.grays.ca/memorial-videos/. Condolences may be sent to the family at www.grays.ca.  Funeral arrangements have been entrusted to Gray's Funeral Chapel, (306) 922-4729.

The family of Jacques Fournier would like to extend heartfelt thanks to the following people for all their love and support:  Dr. Gordon Surkan, Victoria Hospital 6th Floor nurses and doctors, the Knights of Columbus, Gray’s Funeral Chapel, Prince Albert Home Care, Father Maurice Fiolleau, Father DJ Vu and Paula Fournier.

Thank you to those who attended the luncheon.  We may not have been able to speak to you all, but we appreciated seeing you there.  Thank you to Anita Ruel and the ladies of St. Michael’s Parish who made everything taste so good.

A very special thank you to our amazing neighbors. You have all gone above and beyond, how special you all are!

For all the food, flowers, cards, memorial donations, stop in visits and the random acts of kindness…..we thank you all.

To plant a beautiful memorial tree in memory of Jacques Fournier, please visit our Tree Store