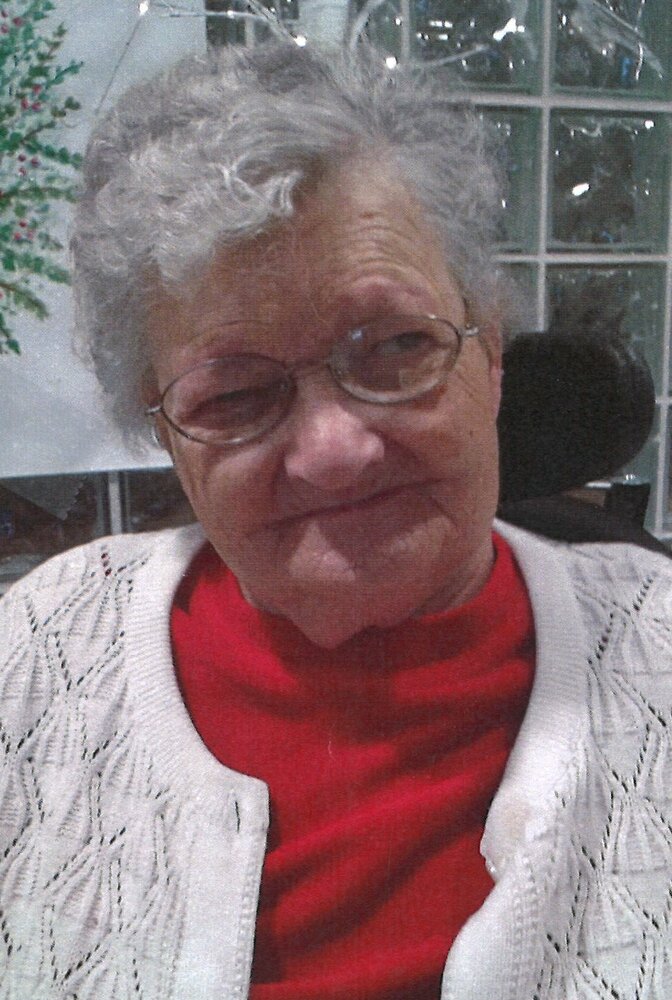 Reta was born in Carlton, SK on September 7, 1929 to John and Margaret (Farncomb) Kometscher.  She attended school in Carlton.  Reta then went to work for a couple of farm families close to Carlton.  At the age of 20, she worked at a restaurant in Saskatoon, SK.  A few months later she met and dated Marcien (Marc) Doucette.  They were married October 30, 1950.  In 1951 they started their family with the birth of Marion and moving to Hamlin and Hague for Marcien’s work.  In 1952 they moved to Duck Lake, SK.  Allan was born in in 1954, Larry in 1958 and three years later adding to their family foster children:  Robert (Bobby) McKay came at six months, next year Careen Daigneault at three years old, and the following year Patricia (Patsy) Daigneault at three years old.  The family resided in Duck Lake until the summer of 1966 when Marcien was transferred to Prince Albert by the C.N.R. at which time the family moved to Prince Albert too.  They then took into their home three more foster children: Harold (Hal), Eileen, Geraldine (Geri) Laliberte.  When all the children were in school, Reta worked at Husky House restaurant for two years then on to the Sheraton Marlboro for twelve years.  Reta’s next venture was starting up a second-hand store for six years.  She then retired to focus on gardening, visiting her siblings, children and their families.  Reta did a lot of canning, baking and helping Marion with the sixty plus foster children that came through her home.  She also spent many evenings with her sister Mary playing cards, games and doing puzzles staying up sometimes until 4:00 a.m.

Reta resided in her home until April 30, 2021 when she moved to Spiritwood Nursing Home.  She lived there until her passing.

Thank you to all the staff from the Herb Bassett Home Day Center and the Spiritwood Nursing Home.

In lieu of other tributes, donation in Reta’s memory may be made to the Rose Garden Hospice, 1403 Central Avenue, Ste 450, Prince Albert, SK S6V 7J4.

Vigil Prayer Service will be held on Sunday, August 22, 2021 at 7:00 p.m. Funeral Service will be held on Monday, August 23, 2021 at 2:00 p.m. with both services being held at Grays Funeral Chapel- 575 28 Street West, Prince Albert, SK. Father Maurice Fiolleau presiding both Services. Interment will take place at a later date. Condolences to the family can be placed on www.grays.ca. Arrangement’s have been entrusted to Gray’s Funeral Chapel of Prince Albert, 306-922-4729

To send flowers to the family or plant a tree in memory of Reta Doucette, please visit Tribute Store