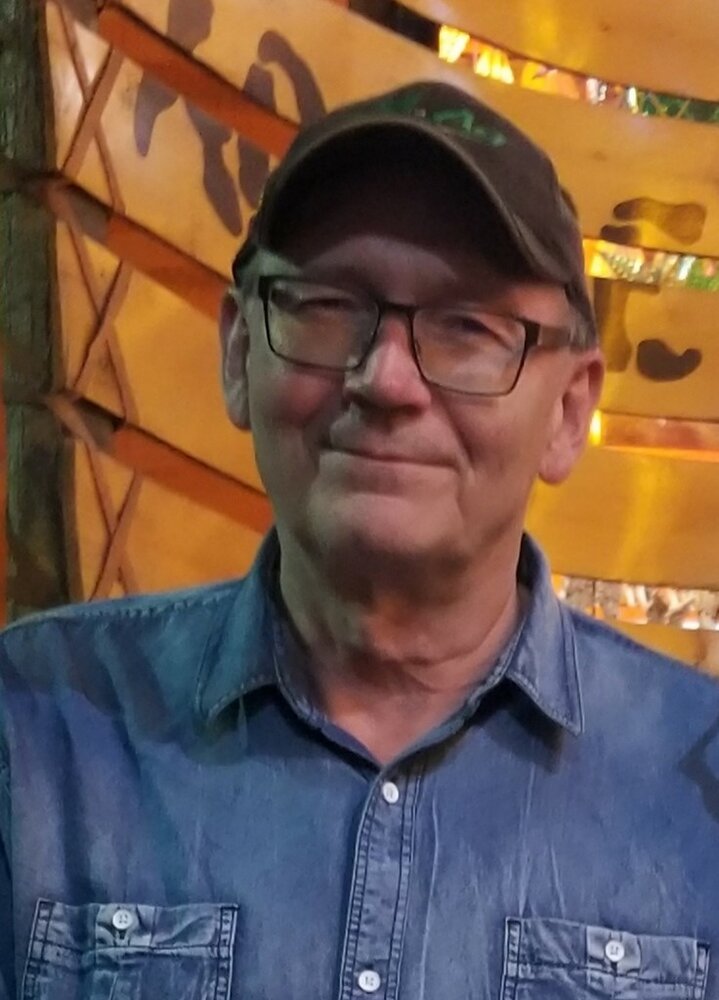 Wyett Wade Meyers was a loving husband, brother, uncle and friend.  He left this world suddenly August 19th, 2021 at age 63 in Prince Albert, Saskatchewan.  Born May 5th, 1958 to Jim and Ethel Meyers, Wyett was raised in Meath Park with his brother Dewell.  As a young man Wyett worked cutting trees in the bush near Prince Albert and in his early adult life found himself working for Suncore in Fort MacMurray, Alberta.  He was ultimately drawn back to Meath Park to join his father in the family business, Meyers Seeds.  Wyett developed his company Inputs Management Agro, which at first included seed cleaning and fertilizer sales, later venturing into Forensic Agrology.

Wyett had many passions, including finances/economics and politics.  He was an avid Sci-fi novel reader, loved movies, his Volkswagon cars and speed.  He loved getting a rise out of people and watching their reaction to multitude of conversations.  He enjoyed researching and spent many hours searching out answers to different problems or finding solutions for others.  These past few years, Wyett’s passion was developing the algorithm he created to predict Market fluctuations.  He was aspiring to find a way to share his algorithm with others and teach them how to use it.

Wyett was always a generous person, treating people to lunch or tipping well.  He was a long-standing member of the Prince Albert Optimists. Wyett could often be found at the casino winning money on his “lucky days” or out at Paintball Paradise helping his best friend and business partner George Lewko as a ref or directing traffic for the Corn Maze.

Wyett met his wife Janelle (nee Gobeil) in 2004 and they were married in 2014 at the Flamingo in Las Vegas.  He loved travelling to Las Vegas and made his way there numerous times. She is left to cherish Wyett’s memory along with his brother Dewell (Shannon), nieces Dee (John) Cameron and McKay, Shea (Kirk) Pilon, in-laws Guy and Irene Gobeil, Gaetan (Kim) Gobeil, Myley and Kohen, Ashley (Matthew) Beaulieu, Graydon and Saydee, Jesse Gobeil and Alana with his partner Nikki and family, and Grandma Prefontaine.  Wyett had many special people in his life including George Lewko and Leona Paulhus, who will also miss him dearly. He is predeceased by his father Jim, mother Ethel, brother Tray and numerous aunts and uncles.

The family would like to acknowledge and thank Drs. Bensaleh, Moodliar and Grobler, the staff and social worker for the ICU and Palliative Care Units of the Prince Albert Victoria Hospital for their care in his final days.

“I exist in two places, here and where you are.”  --Margaret Atwood

A Public Graveside Service for family and friends will be held at South Hill Cemetery on Tuesday, August 24, 2021 at 2:00 p.m. with Pastor Rick Martin officiating. A time of Fellowship to follow from 3:00—5:00 p.m. at Plaza88 on 888 Central Avenue in Prince Albert, in the Kings Court Hall for everyone to come and remember Wyett.  Condolences may be sent to the family at www.grays.ca.  Funeral arrangements have been entrusted to Gray's Funeral Chapel, (306) 922-4729.

To plant a beautiful memorial tree in memory of Wyett Meyers, please visit our Tree Store