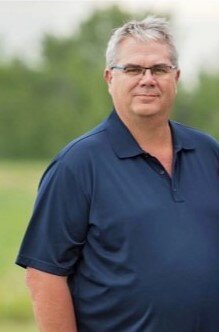 It is with great sadness, that the family of John Cannon, announce his passing on August 24, 2021.

John was born on September 29, 1962 in Moose Jaw, Saskatchewan. He grew up on the family farm near Marquis, SK. After graduating from Vanier Collegiate, he went to Alberta to work on the oil rigs until changing his goal to obtain his Journeyman Carpenter.

In 1987, John moved to Prince Albert to attend SIAST and achieved his Integrated Resource Management Diploma. He worked for SK Parks as both a Conservation Officer and at Fire Control with the water bombers.

John left SK Parks when he went to work as a Journeyman Carpenter at Weyerhaeuser for 10 years until it closed. He returned to work for SK Parks until his passing.

In 1989, he married Raeleen and together they built their family home and welcomed their two children, Regan and Lindsay, into their lives. John built the family cabin out at Candle Lake in 1999. They spent both summers, at the beach or fishing, and winters, sledding and ice fishing, out at Candle Lake.

He was a man with a huge heart and gave of himself volunteering at group events and helping friends and family with this carpentry skills, building sheds, bookcases, coffee tables, etc.

He was active with the Timberland Bowbenders Archery Club for many years. He held the Club President position, and was Co-Chairperson of the 2019 Canadian National Archery Championship. He received Volunteer of the Year Award from Archery Canada in recognition of his effort.

He was a hardworking man, a dedicated husband and father, and will be missed.

In lieu of other tributes, memorial donations can be made to the Heart and Stroke Foundation, 26-1738 Quebec Avenue, Saskatoon, SK S7K 1V9.

Celebration of Life will be held at 11:00 a.m. on August 30, 2021 at Gray’s Funeral Chapel, 575 28 Street West, Prince Albert, SK with Pastor Dennis Serfas officiating. Interment will be held at South Hill Cemetery. Condolences may be sent to the family at www.grays.ca.  Funeral arrangements have been entrusted to Gray's Funeral Chapel, (306) 922-4729.

To send flowers to the family or plant a tree in memory of John Cannon, please visit Tribute Store
Monday
30
August