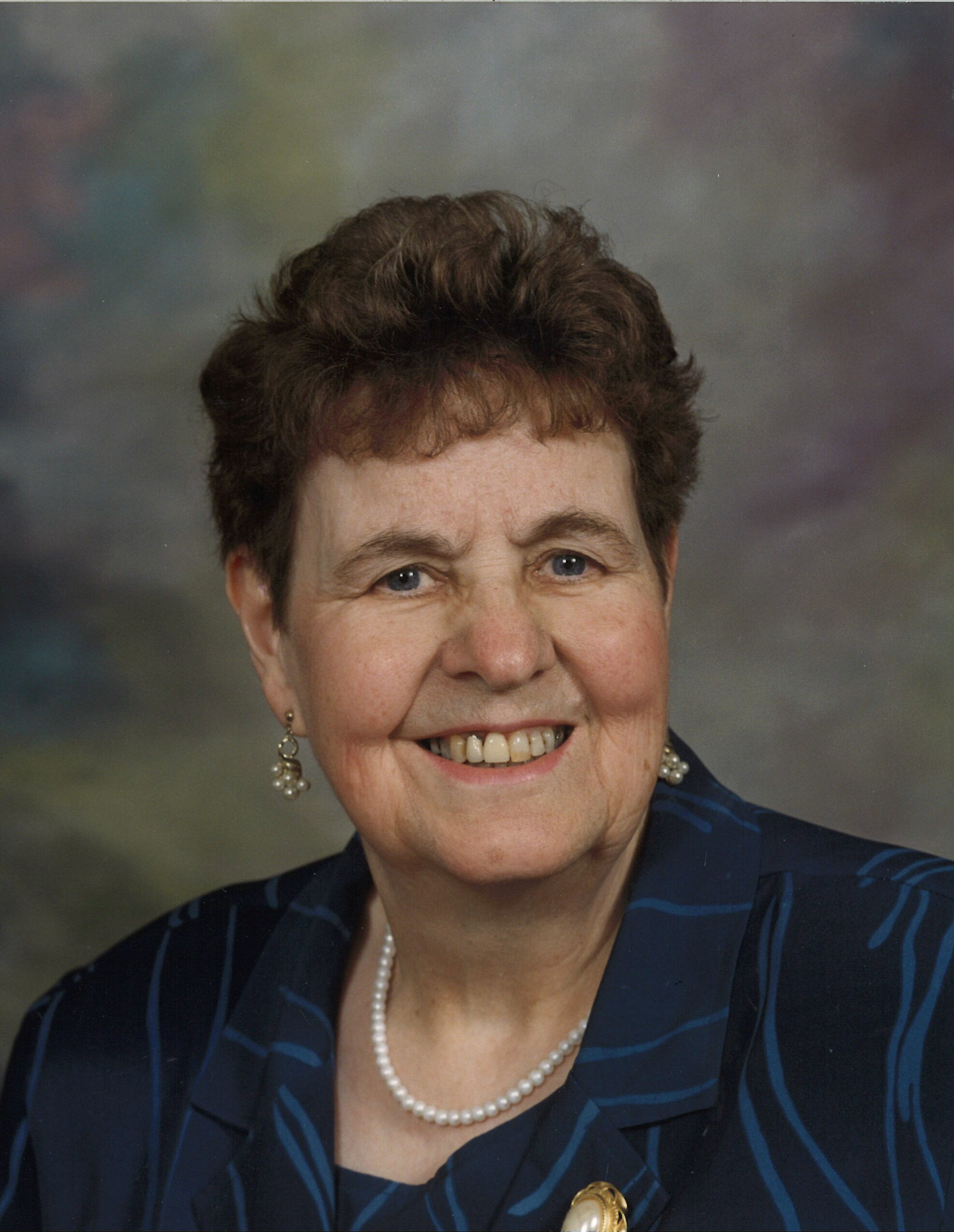 Marjorie Isabelle Wilson, 94 of Prince Albert, SK died peacefully on August 25, 2021 at Ika’s Care Home surrounded by the friends and loving staff who supported her through several years of declining health.

She was born December 9, 1926, in Edmonton to Elizabeth McKay (nee Orr) and Stanley Hoggard.

After high school she trained as a comptometer operator for Northwestern Utilities in Edmonton.

During a long working life, she was a bookkeeper for several businesses but her core calling was caring for others. As the oldest child she helped care for her siblings. She raised four children of her own and later she spoke most often about her work as a housemother for an Elmwood Lodge group home in Saskatoon.

Marjorie married James Gerald Wilson on October 25, 1947 in Edmonton. They farmed in the Runciman district and built a house in Tisdale in 1955 where they raised four children: Ruth, Paul, Charlotte and Grant.

Marjorie sewed clothes for the family, grew large gardens and enjoyed many handicrafts. She sold Tupperware, taught sewing in 4-H Homecraft Club and helped PTA and CMHA. In later life she was an exercise leader with a Parkinson’s support group in Regina. She contributed much to the Pentecostal Church in Tisdale and attended Community Bible Church when she retired to Prince Albert in 2004.

To plant a beautiful memorial tree in memory of Marjorie Wilson, please visit our Tree Store