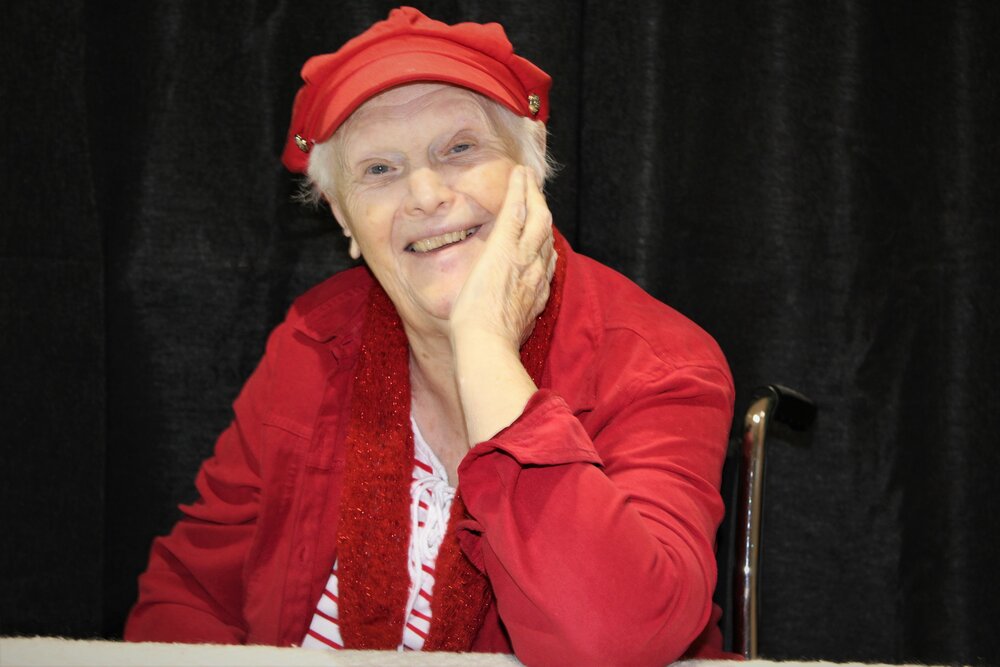 It is with sadness that we announce the passing of Wanda Sereda on August 25, 2021 at Mont St. Joseph Home in Prince Albert, SK at the age of 87.

Wanda was born in Melfort, SK on September 30, 1933.Wanda grew up on their family farm just north of Melfort, SK. In 1953, she ventured to Ontario to be closer to the love of her life, Andrew, where she worked in a factory sewing socks. In 1956, they were married in Woodstock, Ontario. They lived there until 1959 when they moved back to Saskatchewan settling in Prince Albert. In 2001, they moved to Candle Lake permanently until 2017 when they moved back to Prince Albert. In 2019 they both became residents at Mont St Joseph Home where Wanda has left a legacy for her red hat, witty sayings & humming in the hallway. Wanda was always a people person and spent many hours riding her no name red bike and later her scooter at Candle Lake. She was always ready to shoot the bull as she would say with anyone, very much a social butterfly.

Wanda is predeceased by her husband of 64 years Andrew; parents Weldon and Florence Freed;  only sibling Duane Freed; and parents-in-law Nick and Katherine Sereda.

At Wanda’s request, there will not be a funeral and private family interment will be held at Candle Lake Cemetery at a later date. Memorial donations can be made in Wanda’s honor to Mont St Joseph Foundation, 777 28 Street East, Prince Albert, SK S6V 8C2. Condolences may be sent to the family at www.grays.ca.  Funeral arrangements have been entrusted to Gray's Funeral Chapel, (306) 922-4729.