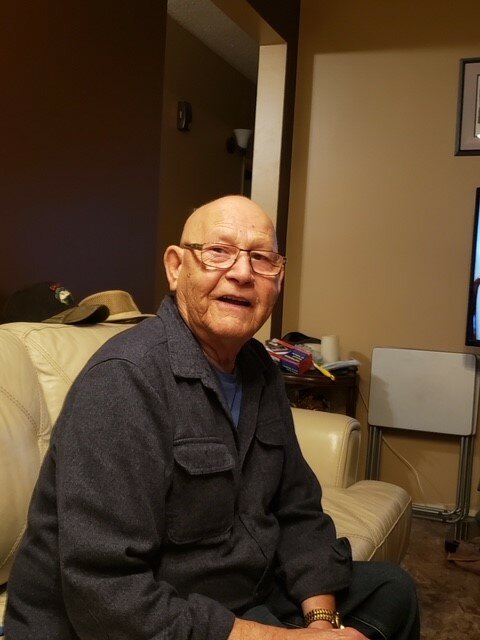 Al passed away peacefully on August 26, 2021 at the Victoria Hospital in Prince Albert, SK at the age of 71 years after a year long battle with cancer, and then Covid 19.

Al, or Shiney as he was sometimes called, was born on September 15, 1949 in Prince Albert, SK. He spent his childhood between Prince Albert and Glen Mary, SK.

Having many jobs in his lifetime, Al started at a young age with farm work down near Regina. At the age of 16, he was “tying steel” in Prince Albert, eventually moving over to Alberta living in Red Deer. Al returned to Prince Albert in the early 90s to be close with his mother. Upon his return to Prince Albert, he worked cutting post in the bush and drywalling with cousins. When new neighbors moved in, they became extended family to Al. Dennis convinced Al to get his school bus license. The rest is history. He became a school bus driver at Hertz for the Catholic School Division. A few years later, he put his school bus driving on hold and began to work for special needs transportation for several years. He eventually returned to driving a school bus, with Saskatchewan River School Division until he retired on August 15, 2021.

In 1996, Al and Brenda began their life together and began raising Shondray along with numerous pets. Over the years, numerous family members lived with Al and Brenda. Al was always more than willing to welcome and help anyone who needed it.

He loved camping and fishing. There was nothing better than sitting by the campfire near a lake enjoying the outdoors. Even if the fish weren’t biting, Al was just happy to be on the lake. He especially loved camping in Flin Flon, going fishing with Budge on Neso and coming back with a limit for Budge to filet. Al especially liked hanging with his buddy, Stacey, who even came fishing once or twice. He loved Sandy and Namekus Lakes in the national park. There was nothing like a weekend, just the boys, fishing, beer, and campfires. Sandy Lake was for Brenda and the dogs.

Al loved to joke around and make everyone laugh. He loved telling jokes or just general wise cracks bringing a smile to the faces of those around him. He will be greatly missed by all who knew and loved him.

Till we meet again.

A Celebration of Life will be held at 1:00 p.m. on Friday, September 3, 2021 at Gray's Funeral Chapel, 575 28 Street West, Prince Albert, SK.  If you wish to view the service, the live stream link is www.grays.ca/memorial-videos/. Condolences may be sent to the family at www.grays.ca.  Funeral arrangements have been entrusted to Gray's Funeral Chapel, (306) 922-4729. Services will be live streamed and videotaped.

To plant a beautiful memorial tree in memory of Douglas Umpherville, please visit our Tree Store

A Memorial Tree was planted for Douglas
We are deeply sorry for your loss ~ the staff at Grays Funeral Chapel LTD.
Join in honoring their life - plant a memorial tree
Services for Douglas Umpherville
There are no events scheduled. You can still show your support by planting a tree in memory of Douglas Umpherville.
Plant a tree in memory of Douglas