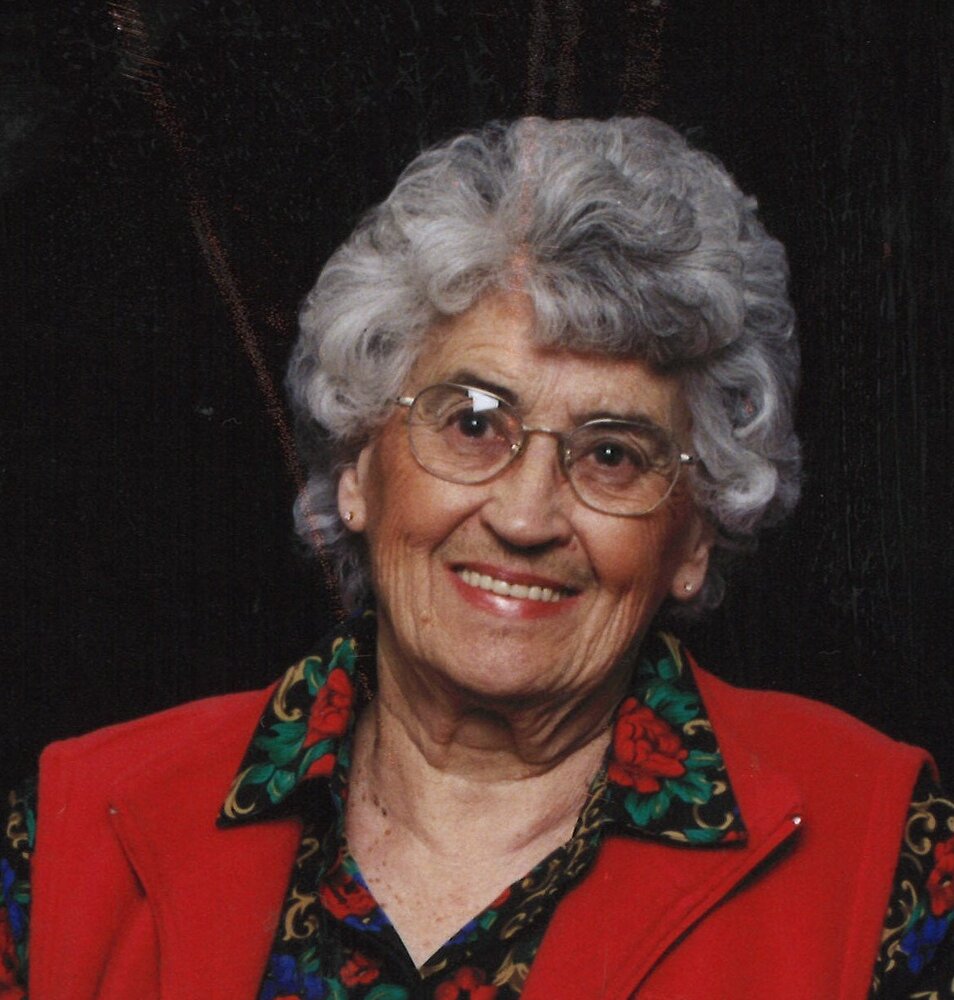 Please share a memory of Marion to include in a keepsake book for family and friends.
View Tribute Book

Marion passed away peacefully at the age of 94 at Mont St. Joseph in Prince Albert on September 26, 2021.

Marion was born August 30, 1927, in Prince Albert to William and Maude (Sales) Mosher, the oldest of three children, followed by Joyce and Bob. Upon Marion’s arrival, her grandparents decided her mom and dad should have a phone in the house with a new baby. That original phone number has been passed down generations, latest to Marion’s grandson.

She spent her school years at Prince Edward Elementary School and graduated from PACI. After graduation, there are many pictures of a young Marion, Joyce and friends making getaways to the lakes on the summer weekends. She was doing office work at one of the local dairy when she met her future husband Bill (William) Emery. On September 6, 1950, her and Bill were married and started their 58 years together in Prince Albert.  It was not until after Bill’s passing in 2008 that Marion lived outside of a two-block radius on Sixth Avenue East.

In their younger days, Marion and Bill enjoyed spending time with their family and friends, attending dances, and traveling before settling down and welcoming daughter Joan and son Randy.

In their golden years, Marion packed up the motorhome and toured the Prairies with Bill looking for vintage machinery festivals, fiddling contests and trains. Those maybe weren’t Marion’s big interests, but she always enjoyed meeting the people and renewing friendships the following years. She also had her word find puzzles, books, and knitting/crocheting to occupy her time.

In 1958 Marion and Bill claimed a lakefront property on Christopher Lake. The cabin became the hub of summers to come with grandchildren, friends, family and later Rocky, their grand-dog. There were parties, anniversaries, games, food, and puzzles enjoyed with her kids and grandkids.

When Joan and Randy had grown, Marion rejoined the workforce doing office work for the Red Cross and Canadian Cancer Society. After retiring she looked forward to helping each spring with the Cancer Society’s daffodil fundraising campaign. It was a chance to get together with friends, visit and give back.

Marion was a quiet and reserved woman, but always watching and listening. Her hearing and vision did not fail her in her final years either. She still always knew what was going on, never missing anything.

We would like to thank Dr. Elmer, the staff of Prince Albert Home Care, River Breeze Care Home, Whispering Pine Place and Mont St Joseph Home for their compassion and care of Mom in her final years.

In lieu of other tributes, the family asks you consider a donation to the Canadian Cancer Society, #2 – 630 45 Street West, Saskatoon, SK S7L 5W9.

Marion will be laid to rest Thursday, September 30, 2021 alongside Bill in a Graveside Service at 1:00 p.m. at Prince Albert Memorial Gardens.