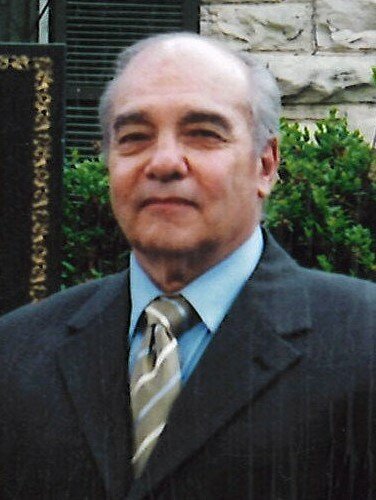 Please share a memory of Richard to include in a keepsake book for family and friends.
View Tribute Book

It is with great sadness that the family of Richard Sansone announce his passing on September 30, 2021 at Pineview Terrace in Prince Albert, SK.

Richard was born on December 29, 1935 in San Jose, California to Blasé and Clorinda Sansone (Scafani).  Richard attended school in San Jose, California and played baseball through high school and then went on to play semi-pro baseball until he joined the Marine Corps.  He was stationed in Guam and then Hawaii.  He received an honorable discharge and began working at his father’s business.  Richard met his first wife, Phyllis, in San Jose and they married and had two children.  When they moved to Canada, he went to the U of S and became an automotive teacher at Community College and then Technical High School which became Carlton High School.  Richard was also an instructor for the Royal Canadian Sea Cadets for many years.

Richard’s passions were spending time at the cabin at Anglin Lake, cars, baseball and giving back to others.  He volunteered for many years at the Herb Bassett Home.

The family would like to express their gratitude to the doctors and staff at Pineview Terrace for the care given to Richard.

Richard was predeceased by his parents Blasé and Clorinda Sansone; grandson Jason; his first wife Phyllis and second wife Laverne.

Memorial Service will be held at 2:00 p.m. on Friday, October 8, 2021 at St. Alban’s Anglican Cathedral, 1410 Bishop McLean Crescent, Prince Albert, SK.  Services will be live streamed and videotaped. If you wish to view the service, the live stream link is www.grays.ca/memorial-videos/.  Interment will be held at South Hill Cemetery.  Condolences may be sent to the family at www.grays.ca.  Funeral arrangements have been entrusted to Gray's Funeral Chapel, (306) 922-4729.