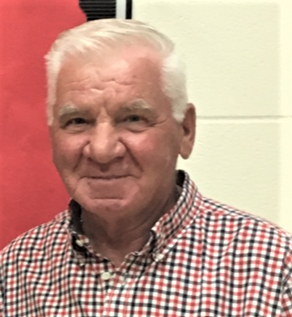 Please share a memory of Gerald to include in a keepsake book for family and friends.
View Tribute Book

Gerald (Gerry) Kosowan beloved husband of Dorothy (nee Onishenko) passed away at the family farm with family by his side on Sunday, October 17, 2021 at the age of 75 years after a very short battle with cancer.

Gerry was born at the family farm near Weirdale, SK on July 29, 1946 and was the second of three children of George and Lillian Kosowan.

Gerry married Dorothy in Weirdale on July 14, 1967 and together they raised two boys, Curtis and Cory Kosowan.

Gerry farmed with his father, taking over the family farm in 1973 and farmed for 48 years still helping with the final crop in Spring of 2021.  In his earlier years, he had a brief employment with the Dept. of Highways.

Gerry had many hobbies some of which were fishing, playing cards and especially socializing with friends and family.   Many years were spent travelling with those most important to him.   In his later years, his joys became his grandchildren.

Celebration of Life will be held at 1:00 p.m. on Saturday, October 23, 2021 at the Weirdale Community Hall with Yvonne Nakonechy presiding.  A lunch will follow.   Interment will be held at a later date.  In memory of Gerry, donations may be made to the Rose Garden Hospice, P.O. Box 2092, Prince Albert, SK, S6V 1E0 or Mont St. Joseph Home Foundation, 777 28 Street East, Prince Albert, SK S6V 8C2.   Condolences may be sent to the family at www.grays.ca.  Funeral arrangements have been entrusted to Gray's Funeral Chapel, (306) 922-4729.

Please note that due to COVID-19 regulations, masks and hand sanitizer use will be mandatory for those attending.  Proof of vaccination is not required as per the recommendations of Sask. Health.

Services for Gerald Kosowan
There are no events scheduled. You can still show your support by sending flowers directly to the family, or planting a memorial tree in memory of Gerald Kosowan.
Visit the Tribute Store