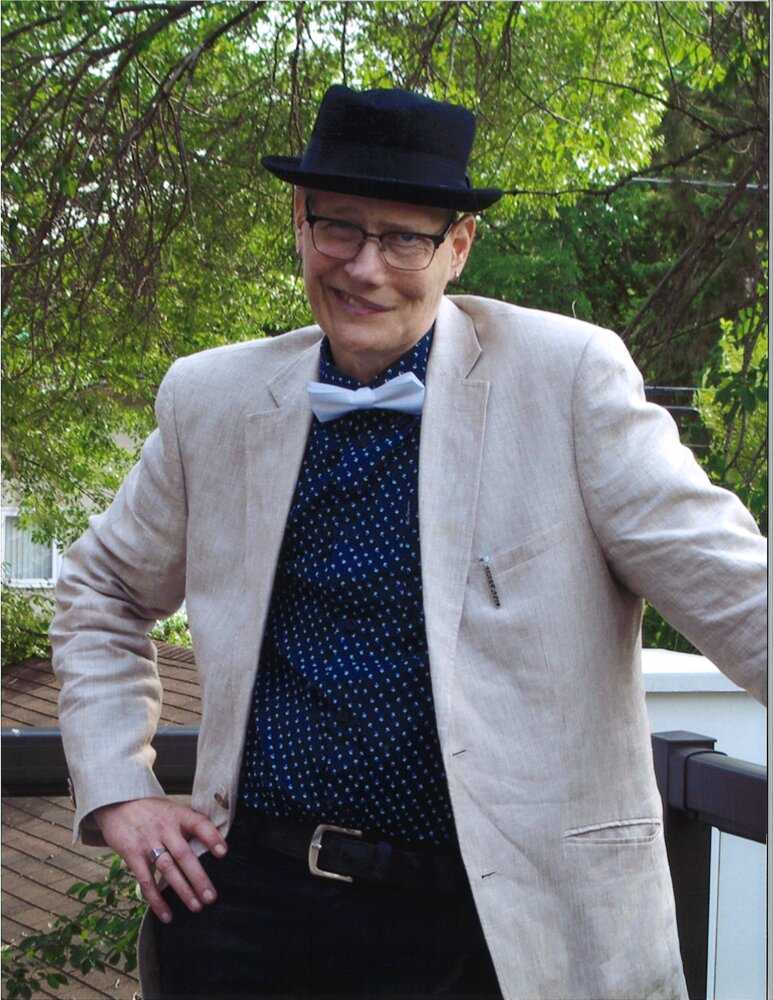 Please share a memory of Jennifer to include in a keepsake book for family and friends.
View Tribute Book

It is with deep sorrow that we announce the passing of our beloved Jennifer Allaby on Tuesday October 26, 2021  at Victoria Hospital in Prince Albert, SK. Jenn was born March 4, 1969 in Saint John, New Brunswick and grew up on Wellesley Avenue with her loving parents Ferne (nee Batstra) & Randy Allaby and younger sister Rebecca. Her family was a cherished part of a tight knit group of relatives, friends and members of the Baha’i faith community. Jenn attended Princess Elizabeth and then MIllidgeville North schools where she made many lifelong friendships. Her quick wit, athleticism and fearlessness led Jenn to many adventures and at times misadventures which sometimes required visits to “the Outdoor” (E.R.) to get patched up. These mishaps would not deter her, however. She would just get back on her bike, her skateboard or in later years her skidoo, kayak or scooter. Jenn was not one to let anything stand in her way!

Jenn’s life was filled with adventure, perhaps sparked by a grade nine class trip to Pangnirtung on Baffin Island. This excursion changed the course of Jennifer’s life and ignited a passion for Canada’s north and Inuit/Indigenous people that remained until her last breath. She found acceptance and a deep connection there and never looked back. After one year of study at UNB Saint John she sold her cello, bought a ticket to Iqaluit and started a great northern adventure. She began as a nanny, then was hired as an assistant to a dentist whose practice took her all over the Baffin region.  It was during this period that Jenn discovered the prospect of dental therapy as a career. In 1991 she arrived in Prince Albert, SK to attend the National School of Dental Therapy where to her disgust she was expected to wear a skirt! Though the program was tough, she excelled and had many good times with her new friends. Afterwards, she and friends Wendy and Celeste all worked as dental therapists in the NWT and continued a lifelong friendship.

Health problems brought her to Edmonton in 1997. Little did she know that this would lead to meeting the love of her life, Carolynn. They remained devoted to each other and very much in love. They celebrated this love in the summer of 2000, surrounded by family, friends and BFF Sonya and were legally married August 22, 2020 here in Prince Albert. Jenn cared for her stepsons Paul-Emile & Christian Lambotte deeply and over the years provided them with unconditional love and support. In 2003 she and Carolynn moved to Fredericton, NB to pursue her studies in Social Work and again she won the hearts of classmates and instructors alike. Jenn’s ability to connect with people was her superpower and this served her well in her career as a Social Worker and life in general. Jenn’s new career path first took them to the communities of Natuashish and Nain in Labrador where Jenn could share her love of the north with Carolynn. They enjoyed some of their very happiest times together there in the Big Land. From there a move south brought Jenn, Carolynn, a cat and four dogs back to Prince Albert. The north called again, for the final time when Jenn and Carolynn moved to Watson Lake, Yukon where they met many new friends. It was here that they were able to spend a wonderful vacation with Jenn’s parents, sister Becky and her family. It was after this trip that Jenn became very close to her niece Molly and nephew Thomas and spent many hours talking to them about all the things that matter in life. Unfortunately, the medical drama continued for Jenn and she was forced to retire from social work, and they returned home to Prince Albert. Not one to waste time, she actually wore out a laptop as she forged ahead online to connect with friends both old and new as she loved hearing people’s stories, sharing hers, solving the world’s problems and having a laugh. Jenn loved to travel and did a wonderful job planning trips to France/Belgium in 2014 and Ireland, Wales and England in 2019 where of course she and Carolynn spent time with friends she had only ever met online. That was Jennifer…so open to people, the world and the rich possibilities in life.

Jenn overcame many illnesses and injuries by dint of her strong will, clear mind and sheer force of character. In true form, she faced breast cancer with the same resilience, positivity and clear-eyed determination and often said she was more fascinated than fearful of the situation. She rallied her friends and family together on her Titless & Fancy Free Facebook group. With much support and copious amounts of black liquorice Jenn armed herself for a fight. Her dad Randy, whom Jenn adored, mother Ferne and Aunty Rose called just about every day and ached to be with her. Her sister Becky joined the fight and rallied the troops to raise money, send cards, pictures and happy vibes. Jenn was especially close to her only sibling Becky and treasured all the time they spent together, especially in the last few months. Becky was able to make the trip to Prince Albert on three separate occasions in the past year, most recently from May to July of 2021. She was able to provide support for Carolynn, but more importantly it provided Jenn with a connection to home and for the sisters to become even closer, which meant the world to them. Whether it was in person, over Facetime or through texting they were relentless in trying to one-up each other in a battle of wit and sarcasm. In this endeavour, they both won.

Jenn hated the term “battle with cancer” but she fought like hell and even when bedridden her fighting spirit, love of life and sense of humour never waned. Always there was laughter when friends, her sister Becky or the homecare aides were around. Always there was genuine concern and curiosity about other people’s lives and their perspectives. Always there was a joke when on the phone with a concerned friend or relative. Cancer slowly took Jenn’s life, but it never dampened her spirit or changed who she was.

Heartbroken and left to mourn her loss are her loving wife Carolynn Gosselin, stepsons Paul & Christian Lambotte, doting parents Randolph & Ferne Allaby, wonderful sister and force of nature Rebecca Doiron  (Tony) and their children Molly and Thomas, Carolynn’s parents Ben and Rollande Gosselin of Edmonton, sister- in-law Renee Sward (Dave) of Calgary and their girls Oceanne and Sonja, Aunt Rose Allaby of Plaster Rock, NB who has been a tower of strength for all, cousins Joy and Brian Hubic of Norquay, SK who were like second parents to Jenn and many more loving relatives too numerous to mention here but whose love and support will never be forgotten. Jenn and Carolynn’s closest friends here in Prince Albert who have held them up with their presence, Brian Baraniski & Holly Kloots, Lorna Boryski, Celeste Gatin, Claude & Mona Rivet and Wendy Skotheim, and not to be forgotten, a sparkling constellation of friends bound together by Jennifer’s memory.

Special thanks to all the lovely, cheerful and professional homecare aides that cared so tenderly for Jennifer and filled the house with laughter every single day since she came home in May. Thank you also to Jenn’s oncologist Dr. O. Ahmed, RN Kim and all the wonderful medical professionals who helped to make this difficult journey easier through their kindness and care.

In lieu of other tributes, donations may be made in Jennifer’s name to your local Indigenous Friendship Centre, the Moebius Syndrome Association or the Rose Garden Hospice which is finally close to construction here in Prince Albert.

Memorial Service will be held at 1:00 p.m. on Saturday, November 13, 2021 at Gray’s Funeral Chapel, 575 28 Street West, Prince Albert, SK. Services will be live streamed and videotaped. If you wish to view the service, the live stream link is www.grays.ca/memorial-videos/.  Condolences may be sent to the family at www.grays.ca.  Funeral arrangements have been entrusted to Gray's Funeral Chapel, (306) 922-4729.