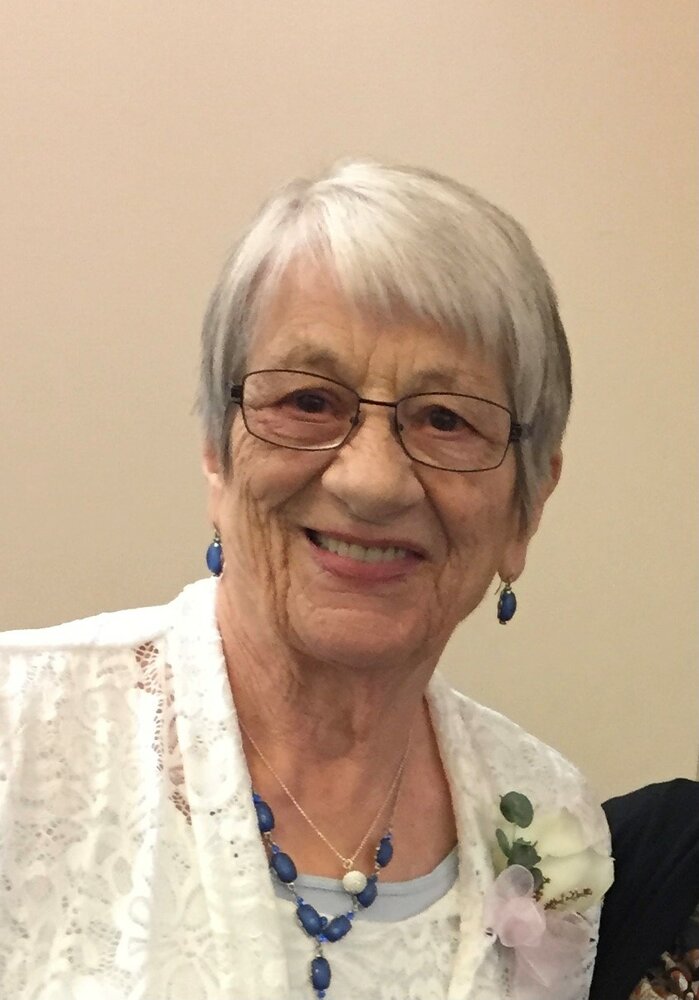 It is with great sadness we announce the passing of our Mother, Grandmother and Oma, Christel Gerstner on Thursday October 28, 2021 at Pineview Terrace in Prince Albert, Saskatchewan.

Christel was born on October 18, 1935 in Niebull, Germany. Christel married Eckehart (Ike) Gerstner on June 5, 1954 in Sterdebull, Germany. They had two children, Vera and Rita, when they made the decision to immigrate to Canada. Ike went to Canada first in April 1956 and Christel and the children followed 7 months later in November. Christel and the children arrived by ship at Quebec City and then boarded a train to Saskatoon where they joined Ike. Six months later they moved to Regina where they had two more children (Reiner and Barbara). In September of 1959, they moved to a farm near Christopher Lake. In order for Ike to find work they moved to Lac La Ronge in the spring of 1960 for 4 months returning to Christopher Lake in the fall so Vera could start school. That was short lived as they returned to Lac La Ronge shortly after Diana was born as another job for Ike became available. They again returned to Christopher Lake in the September of 1961 where they lost their home to a fire in November of that year. After the fire they rented two different places until Ike finished the house on the farm. During those years Norman, Sandra and Alvis were born. Lisa was born in November 1970 after they moved to the farm. Christel and Ike spent the next 43 years living on the farm where they raised their 9 children as well as many horses, dogs and cats. Christel worked for over twenty years at the Murray Point Campground until her retirement in October 2000.

After her retirement she enjoyed going to the Seniors Club in Christopher Lake, loved carpet bowling, Stitch and Sew Monday meetings and getting together with her friends.

In 2013 Ike passed away and Christel moved to the Columbia Apartments in Prince Albert where she enjoyed many evenings playing shuffleboard, going to luncheons and coffee time with all the friends that she made there.

Christel spent the past two years in Kopera Care Home and the Pineview Terrace. Her family would like to thank the staff from both facilities for the wonderful care that they gave our Mother.

Christel had a great sense of humour. She enjoyed spending time with all those she cared about. She was very much loved and will be greatly missed.

Memorial Service will be held at 1:00 p.m. on Saturday, November 6, 2021 at Gray’s Funeral Chapel, 575 28 Street West, Prince Albert, SK with Pastor Dennis Serfas officiating.  Services will be live streamed. If you wish to view the service, the live stream link is www.grays.ca/memorial-videos/.  Condolences may be sent to the family at www.grays.ca.  Funeral arrangements have been entrusted to Gray's Funeral Chapel, (306) 922-4729.

To send flowers to the family or plant a tree in memory of Christel Gerstner, please visit Tribute Store
Saturday
6
November