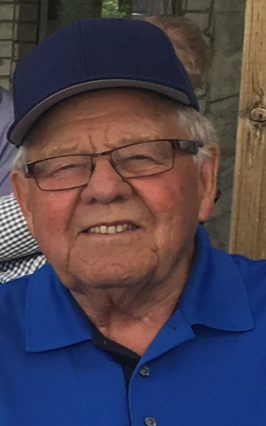 It is with great sadness to announce the sudden passing of Henry John Carl Romoren on October 31, 2021 in Prince Albert, SK at the age of 87.  He passed peacefully with family by his side. He suffered a stroke while in the barber shop and passed away 5 days later in hospital.

Born in Prince Albert, SK on October 1, 1934 he lived all his life there, except 1 year in Victoria, BC.

Henry was divorced from Lillian Romoren (Pettersson) for over 30 years.

He was a Building Contractor/Owner of Permanent Construction, Building Developer of Toro Developments with Shirl Topp. Henry was a respected businessman in Prince Albert with buildings such as Belvedere Manor, Victoria Place, Embassy Manor, Oliver Place, Sherwood Place as well as many warehouses on Marquis Drive. He developed Buchanan Drive in Prince Albert as well as built several homes on that street, not to mention most of the 4 plexes on 28 Street and 6 Avenue East. This is just an example of his building accomplishments.

Henry had an acreage south of Prince Albert that he loved to spend time at. He loved his “Boys Club meetings” on Thursday night that was enjoyed by numerous friends for over 15 years.

He had a second acreage near McDowall SK with a sea-can on it and a small building that Chuck Miller built for him. This was his place to connect with nature.

He was a man that always put family first but loved all his friends as extended family. He was an honest, generous, kind and gentle man.

Memorial Service will be held at 10:30 a.m. on Friday, November 19, 2021 at Messiah Lutheran Church, 1796 15 Avenue East, Prince Albert, SK with a luncheon to follow. If you wish to view the service, the live stream link is Messiah Lutheran Church Prince Albert - YouTube. Condolences may be sent to the family at www.grays.ca.  Funeral arrangements have been entrusted to Gray's Funeral Chapel, (306) 922-4729.

The family is requesting that for the safety of all attendees that everyone wear a mask and be fully vaccinated.

To send flowers to the family or plant a tree in memory of Henry Romoren, please visit Tribute Store
Friday
19
November