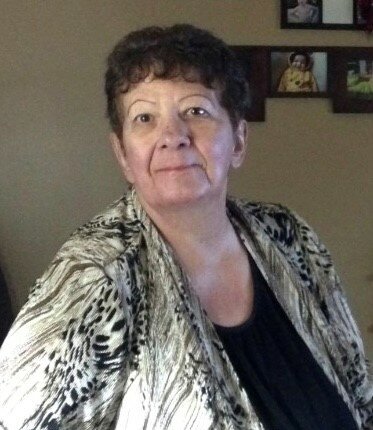 Please share a memory of Sandy to include in a keepsake book for family and friends.
View Tribute Book

It is with great sadness that the family of Sandra L. Harder (nee: Folk) announces her passing on Friday, December 3rd, 2021.

Sandra was born the youngest child on December 20th, 1955 in Brampton, Ontario to Theodore and Lena (nee: Strilchuk) Folk. She was raised through most of her youth and school years in Regina, Saskatchewan. In her mid-20’s she moved to Prince Albert where she eventually established her career with the City of Prince Albert, and she worked there until she was forced to retire due to poor health. In her early years with the City she met the love of her life John Harder and married him several years later on June 17, 1988.  They were also blessed with one son, Shawn.

Sandra is survived by her loving husband John Harder; son, Shawn and Kea (nee: MacDonald) and their 2 sons, Austin and Beckett, and daughter, Elliot; sister Sharon Drader; and numerous nieces, nephews and cousins.

Sandra was predeceased by her parents Theodore and Lena Folk and brother Glenn Folk.

Sandra and John have many good friends that Sandra loved to go fishing with, have card nights and visit with.

A Private Celebration of Life will be held by the family at a later date. The most important thing to Sandra was family, she had a heart of gold, she will be missed.

Services for Sandy Harder
There are no events scheduled. You can still show your support by sending flowers directly to the family, or planting a memorial tree in memory of Sandy Harder.
Visit the Tribute Store