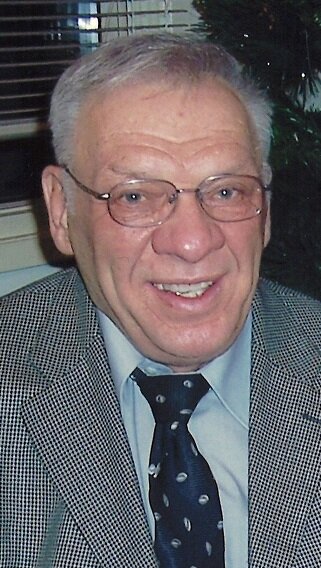 Please share a memory of Raymond to include in a keepsake book for family and friends.
View Tribute Book

It is with profound sadness we announce the passing of our husband, father, grandfather, uncle, cousin and friend, Raymond Ronald “Ron” Goota. He passed away peacefully but suddenly at the Victoria Union Hospital in Prince Albert on December 18th following complications from surgery.

Ron was born in the Prince Albert area in 1935 and was 86 years old at the time of his death.  Born to parents Helen Zelensky and Mike Goota, he had 2 siblings Jerry and Roger and is predeceased by his brother Jerry and nephew Greg.  Ron is survived by his two children Curtis and Joann as well as his wife Vesper Adams-Goota, only grandchild Ryan Goota and three mischievous but beloved cats.

Ron left home at the age of 16 to pursue other vocations but continued to farm most of his life up until the time of his retirement in the late 1990's. Some of his vocations included District Sales Supervisor at McGavin Toastmaster Bakery, District Sales Representative at Bowes Company Limited in addition to running a successful catering business, The Suburban Inn, for many years.

With a flair for current events and politics, most recently, Ron had performed duties as a key fundraiser for the Sask Party receiving several achievement awards for his fundraising and organizational abilities. In addition, he served on the Parish Council at St. George’s Ukrainian Catholic Church and was an active participant in church affairs.

Memorial donations may be made to the River Valley Resilience Retreat Inc., Box 1382, Prince Albert, SK S6V 5S9 that assists Veterans and First Responders with PTSD. The family wishes to thank everyone for all the sentiments such as kind words and deeds as we are all eternally grateful for your support.

A Celebration of Life Service will be held at 1:00 p.m. on Tuesday, December 28, 2021, at Gray’s Funeral Chapel, 575 28 Street West, Prince Albert, SK.  Interment will be held at Prince Albert Memorial Gardens at a later date yet to be determined.  Condolences may be sent to the family at www.grays.ca.  Funeral arrangements have been entrusted to Gray's Funeral Chapel, (306) 922-4729.

I give you this one thought to keep.
I am with you still. I do not sleep.

I am a thousand winds that blow.
I am the diamond glints on the snow.
I am the sunlight on ripened grain.
I am the gentle autumn rain.

When you awaken in the morning’s hush,
I am the swift, uplifting rush
of quiet birds in circled flight.
I am the soft stars that shine at night.

Do not think of me as gone.
I am with you still in each new dawn.