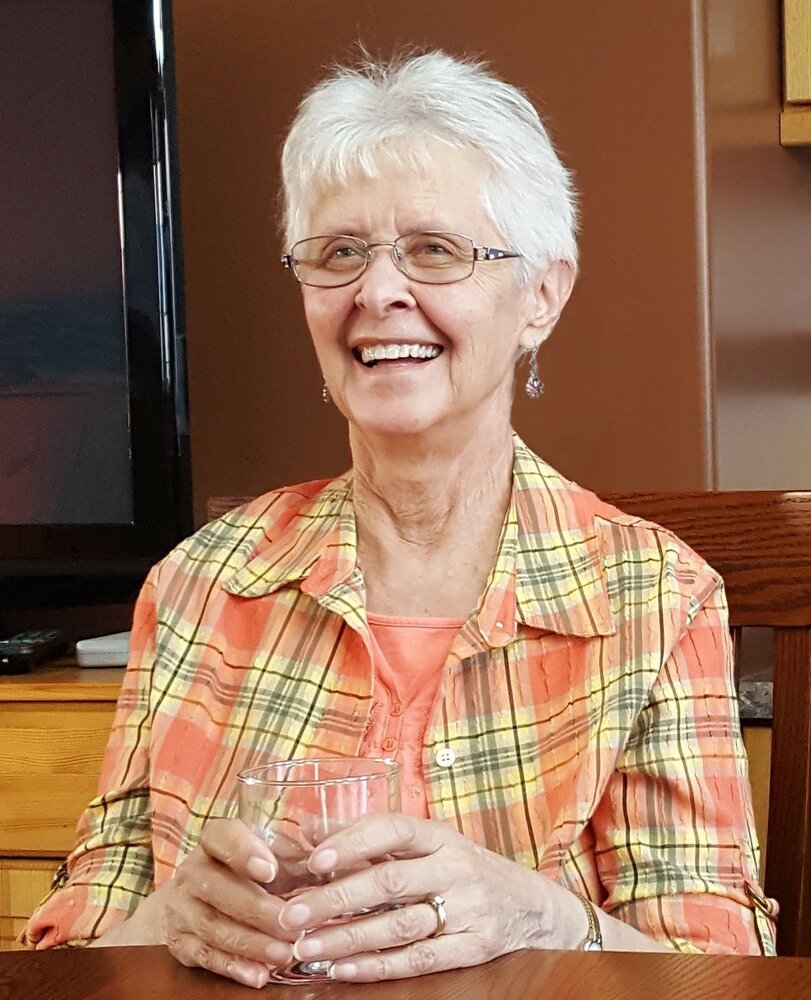 Please share a memory of Dorothy to include in a keepsake book for family and friends.
View Tribute Book

On Saturday, December 18, 2021, Dorothy passed away peacefully at the Kinistino Jubilee Lodge, with family at her side. She will be lovingly remembered by her daughter Sherry (Ron) Boyle of Kinistino and grandchildren Michael, Dustin, Amy, David (Emma) and great-granddaughter Poppy; her daughter Trudy Larson of Prince Albert and grandchildren Colin and Julie; her daughter Tami (Dan) Shirley of Saskatoon and grandchildren Matthew and Connor; her son Ryan (Sheri) of Saskatoon and grandchildren Zachary and Alexander; her sister-in-law Francine Hill; much-loved nieces, nephews, relatives and friends. Dorothy was predeceased by her parents Frank and Dorothy Warbis; her husband Victor Beaulieu; her brothers John, Frank, and Cliff Warbis; sister Mary Bland; sisters-in-law Erva Warbis, Marion Warbis, Anne Beaulieu; and brothers-in-law Steve Bland, Albert Beaulieu, and Ernie Hill.

On September 15, 1937, Dorothy was the youngest child of five born to Frank and Dorothy Warbis. They farmed in the Omand District. Due to death and illness, her parents were unable to care for young Dorothy. She was first welcomed into her Aunt Mabel’s family, and later (at school age) into the home of her brother, John and his wife Erva, who raised Dorothy along with their own children born later, Barry and Wendy. Dorothy’s love of family likely started at this young age, as she received so much love and care from her older siblings and their families.

Dorothy completed her year of Teacher’s College in Saskatoon and became life-long friends with her roommate Norma Wall. Dorothy then returned home and began her career as a teacher at the one-room Crescent Hill School. After one year of teaching, she married Victor Beaulieu and changed her career to farm wife and mother, which she loved dearly. Dorothy was kept extremely busy for the next many decades with raising children, chickens, cats, dogs, cattle, horses, pigs, while also maintaining and harvesting a huge garden, and keeping fed her busy farming husband and hired hands. Dorothy’s kitchen remained an anchor for their children and grandchildren over the years, with countless meals (and cookies) and loving gatherings. During these busy years, she managed to take her children to their school/sport/music practices and events (even learning how to ski herself) and later attended special events for her grandchildren, sewing many items ranging from clothing and Halloween costumes to blankets, while also keeping meticulous farming records.

All of Dorothy’s siblings and their families remained close to her heart as her own family grew. She enjoyed many coffee visits and walks with extended family and close friends. In her later years, Dorothy moved off the farm and resided in Kinistino, then Saskatoon, followed by a year living with her daughter Tami and her family, and finally settled into the Jubilee Lodge when she required more care. Our family is grateful for the loving care provided for Dorothy by all the staff at the Jubilee Lodge during her 3 ½ year stay. The sincere love and care between staff and residents gave us great comfort during these years. Throughout her life, Dorothy made friends wherever she lived, with her sense of humour, quick-wit, smile and a wink that melted everyone’s heart.

A Private Memorial Service will be held on Friday, January 7th, 2022 at 2:00 p.m.  at Gray’s Funeral Chapel in Prince Albert with Celebrant Reverend Father D.J. Vu. If you wish to view the service, the live stream link is www.grays.ca/memorial-videos/. A graveside service will be held in the spring at Our Lady of Seven Sorrows (Fishing Lake Church) at a date yet to be determined. It is the family's hope that the graveside service will be available to all wanting to attend. Donations in Dorothy’s memory can be made to the Kinistino Jubilee Lodge-Recreation Department (Box 370, Kinistino, SK, S0J 1H0), or the Our Lady of Seven Sorrows Cemetery Fund (Box 830, Kinistino, SK, S0J 1H0).  Condolences may be sent directly to the family or through www.grays.ca. Arrangements have been entrusted to Grays Funeral Chapel, Prince Albert, SK (306)-922-4729

Services for Dorothy Beaulieu
There are no events scheduled. You can still show your support by sending flowers directly to the family, or planting a memorial tree in memory of Dorothy Beaulieu.
Visit the Tribute Store