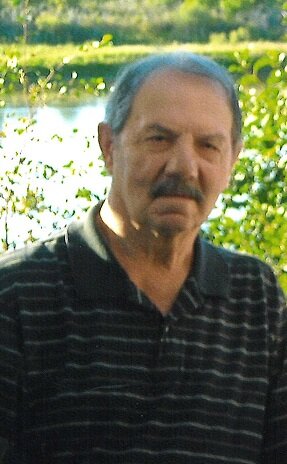 Please share a memory of Allen to include in a keepsake book for family and friends.
View Tribute Book

The family of Allen “Al” Sanjenko announces his passing on January 23, 2022 at Herb Basset Home.  Al was born April 27, 1939 in Prince Albert, growing up and beginning his career in the immediate area.  He worked alongside his dad in construction and was employed with Federated Co-op Construction, so he travelled the prairie province to build farm supplies and stores.  He met and married the love of his life, Bonnie, in 1965.  Once their children Curtis and Darcie arrived, they decided to build their family home in the Red Wing School area.  After completing the home, Al built himself a greenhouse, growing prize tomatoes and cucumbers which he shared with everyone. Now he had a place for his 100 or more varieties of cacti, even calling them each by their botanical names.

Throughout his life he enjoyed playing sports, hockey, track and field, both softball and baseball as a pitcher, playing with P.A. Oldtimers, coaching ladies’ fastball and Midget boys.  He also loved watching the Minto’s and an occasional Raider game. Most special to him was watching his grandchildren playing hockey, soccer and swimming.

He will be best remembered for his artwork which always included water, skies or trees.  His oil paintings were high in demand, always receiving the distinction of People’s Choice.  He was a four-time recipient of this award at the Winter Festival Juried Art Shows.  Al was a very hard worker but never too busy to lend a helping hand to his family and friends.  Everything he did throughout his life involved working with his hands; later, his dementia became more prevalent and it robbed him of all that.  However, we have reminders of his craftsmanship in all our homes.

As a carpenter, one of his many projects he worked on was the building of the Herb Bassett Home, which ended up being his final home.  Thank you to the devoted and caring staff of Paradise Path who provided him with the utmost care and kindness.  Thank you to Dr. Oleksinski for his many thoughtful visits.

Al was predeceased by his parents John and Rose Sanjenko, brother Dale Sanjenko and parents-in-law Hilton “Buster” and Josephine Hockey.

We will miss you.

Look inside to read what others have shared
Family and friends are coming together online to create a special keepsake. Every memory left on the online obituary will be automatically included in this book.
View Tribute Book
Services for Allen Sanjenko
There are no events scheduled. You can still show your support by sending flowers directly to the family, or planting a memorial tree in memory of Allen Sanjenko.
Visit the Tribute Store