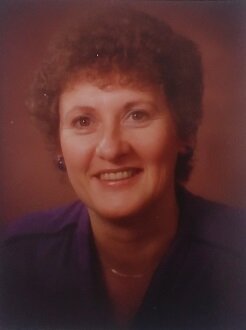 Please share a memory of Doreen to include in a keepsake book for family and friends.
View Tribute Book

Doreen Winnifred Beer (nee Chamberlain) passed away peacefully at the Herb Bassett Home in Prince Albert, SK on January 28th, 2022 at the age of 88.

Doreen was born on April 10, 1933 in Winnipeg, Manitoba. She married a military man, Frank Keesh in 1954 and had four children.

While she spent many years as a secretary for military churches, when asked what she did, Doreen would say that she “was a mom”, first and foremost. Doreen loved her children and took great pleasure in turning ordinary life into celebratory events, like picnics on the lawn during sunny days, elaborately planned games and treats at birthday parties and over-stuffed Christmas stockings. Doreen loved to go on family vacations and camping trips every year, and enjoyed snowmobiling and bowling.

In 1993, Doreen married Jim Beer and together they enjoyed their retirement years boating, snowmobiling and spending their time at their cabin at Candle Lake, SK.  In 2000, they bought a home in Prince Albert, SK. She enjoyed spending winters in Arizona and especially loved dancing to live bands playing at the dance hall. Doreen enjoyed life’s simple pleasures, such as listening to Frankie Laine’s music, eating Black Forest Cake, going to yard sales with Jim, and spending time with her dog, Sandy. Doreen always had a dog in her life and treated each one like a child of hers. Once a mom, always a mom.

Doreen was predeceased by her parents Jack and Amy Chamberlain; step-brother, Stan;

In keeping with Doreen’s wishes a private family memorial will be held.

Condolences may be sent to the family at www.grays.ca.  Funeral arrangements have been entrusted to Gray's Funeral Chapel, (306) 922-4729.)

Look inside to read what others have shared
Family and friends are coming together online to create a special keepsake. Every memory left on the online obituary will be automatically included in this book.
View Tribute Book
Services for Doreen Beer
There are no events scheduled. You can still show your support by sending flowers directly to the family, or planting a memorial tree in memory of Doreen Beer.
Visit the Tribute Store