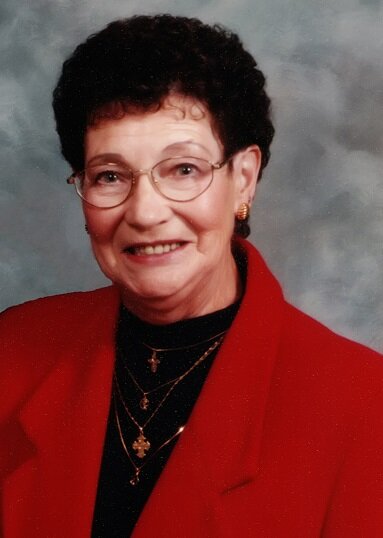 Please share a memory of Connie to include in a keepsake book for family and friends.
View Tribute Book

It is with great sadness that we announce the passing of Connie Hryciuk.   Connie passed away in the early morning of February 17, 2022 after a long and brave battle with dementia.  Connie was born December 4, 1932 to Juul and Jean Gustauson in Turtleford, Saskatchewan.  She spent her younger years on a farm in the area where she was the oldest of four sisters and assisted with chores on the farm.  Connie helped handle Clydesdale horses and drove trucks and tractors well before she was of legal driving age.  Connie left the farm to attend nursing school in 1951 at the Victoria Union Hospital in Prince Albert, Saskatchewan.  After finishing nursing school, she spent 40 years working as nurse at the PA Clinic and the Victoria Hospital.  She finished her career as an emergency room nurse in 1992.

Connie met Nestor in Prince Albert in 1955.  They dated for two years until Nestor came to his senses and proposed to her.  They married on September 28, 1957 and remained at each other’s side for over 64 years.

In her spare time Connie had a passion for gardening, baking and bird watching as well as spending time watching baseball and hockey especially the Prince Albert Raiders with Nestor by her side.  Most of all, she loved spending time and spoiling her grandchildren. She loved taking them on trips to Little Red and the Prince Albert Exhibition.  The grandkids all spent time with grandma going to swimming lessons each summer when they were little.

We would like to thank all the staff at the Herb Bassett Home in Prince Albert for the kind and compassionate care Connie received over the past 6 years.