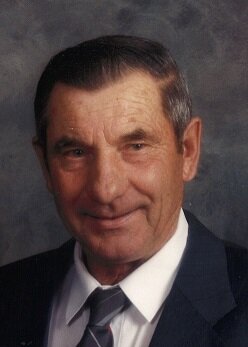 Please share a memory of Adolph to include in a keepsake book for family and friends.
View Tribute Book

On Thursday, February 17, 2022, Adolph Tarnowski passed away at the Victoria Hospital, in Prince Albert, SK at the age of 88 years.

Adolph (Ed) was born on December 2, 1933, to Anne and Nick Tarnowski on a farm near Bruno, SK. Ed grew up on the farm until he was fourteen and his father passed away in 1947. One year later at the age of fifteen he decided to go to Saskatoon to find work. Ed found employment shortly after getting to the city with CP Rail. His first posting was near Rosetown, lasting only one day due to the Forman discovering he was too young and sent him back to the City with his full days pay. Upon arriving in the City, he went directly to the CNN Rail Station and applied for employment. He was hired and sent to Sheho where he worked for two years. When he got back to Saskatoon, he worked for the Government Elevators in Saskatoon. In 1957 he met the love of his life Mary. Ed went to a dance one night with friends and spotted a young girl across the hall and told everyone that was the girl he was going to marry as he went to ask her to dance. Needless to say, they married in October of 1958. With Mary working at the University Hospital and Ed working at the elevator they had their first child Garry in July of 1959. A few years later they had their second child Robert in February of 1962. With children in tow, they decided in 1964 to move closer to Mary’s parents in the Carrot River area. They farmed the area until 1966 when they packed up everything and moved to a farm south of Prince Albert, SK, deciding to farm as Ed worked for CCIL, a farm equipment dealer, and Mary worked at the Holy Family Hospital. Ed then worked at the St. Louis Elevator for a few years. In 1975, they were blessed with their third child Melanie. Mary and Ed worked at Osborne School in 1976 until 1995 when both retired. They loved to travel and spent many years in Arizona for the winter, then would come home plant the garden and off on their summer trips they would go. They were to the East Coast, to the West Coast, to Alaska four times and many times south of the border. In 2008 they sold the family farm of thirty-two years and bought a small house in the spring (that Mary said she would never live in) in Prince Albert, SK. Ed renovated and built on to the house three months later they moved in (Mary loved the house after it was finished).  They enjoyed their retirement with there friends always around for a visit. Ed always planted a large garden and harvest was a busy time for all the canning they did. In June 2020 Mary passed away peacefully in their home. Ed stayed in the home till his last day February 17, 2022.

Funeral Divine Liturgy will be held celebrated at 1:00 p.m on Friday, February 25, 2022. at Gray’s Funeral Chapel, 575 28 Street West, Prince Albert, with Father Andrei Kachur presiding. Interment to follow service.  Condolences may be sent to the family at www.grays.ca.  Funeral arrangements have been entrusted to Gray's Funeral Chapel, (306) 922-4729.