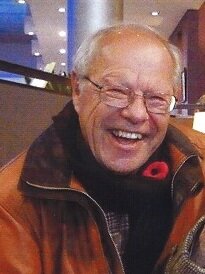 Please share a memory of Lee to include in a keepsake book for family and friends.
View Tribute Book

Lee Robert Bowman of Prince Albert, SK passed away peacefully, with his family by his side, at the age of  74 years.

He was born in Stratford, Ontario on April 2, 1947 to Robert and Florence Bowman. During Lee’s younger years the family relocated extensively with the C.N.R.  Fortunately when Lee was 16 years old, the Bowman family was transferred to Prince Albert in 1964 where he met the love of his life, Flo (Norman).  Their first date was the “Snake Dance” at P.A.C.I. along with Flo’s twin sister Beattie and Gerry Nelson.  The four of them were later married in a double wedding ceremony on July 26, 1969 at St. Alban’s Cathedral in Prince Albert.  They celebrated their 52nd wedding anniversary this past July.

Lee and Flo lived in Toronto for 11 years; Lee working at Kodak and Flo teaching in Etobicoke.  After a year in Burnaby, BC, Lee with BC Tel and Flo substitute teaching, they returned to Prince Albert to be closer to family.

Lee had a love of travelling; he and Flo vacationed in many wonderful places.  Their journeys took them to Europe, Egypt, Turkey, Morocco, Rio de Janeiro, the Caribbean, Guam, Costa Rica, Panama, U.S.A., Greece and Mexico.  Vacations to the south with family were always entertaining and new found adventures.

Lee was the ultimate organizer and always did his research before every trip.  He was constantly planning the next destination.

He was a gregarious person who loved meeting people, and as a result lasting friendships were formed during these holidays, and he kept in touch with many of them over the years.

Lee was a dedicated 32-year Freemason Shriner and member of other Masonic orders in Prince Albert and area serving as Master of the lodge and District Deputy Grand Master, and supporter of local charitable activities.

Lee was an avid and accomplished amateur historian and possessed a deep body of knowledge which he would eagerly share regarding the history of human conflict, railroading and Freemasonry.  In his unquenched pursuit of knowledge, he travelled extensively to visit historical sites in Europe, Asia and North America with family and friends and later to share those experiences with others.

Lee had a varied work history.  His first job was with the C.N.R. following in the steps of his father and grandfather.  He enjoyed relating his experiences of railroading.

He later attended Senaca College in Toronto to become a computer analyst.  He spent many years working for Kodak and even had a brief contract to work in Stuttgard, Germany with the company.

On his move back to Prince Albert, Lee wore many hats.  He was a great “people person” and made so many wonderful friends that he worked with.  By all accounts, he was a special friend to many co-workers.

Our family will miss him enormously.  We will remember his great sense of humour and his many stories.  It was always fun when Uncle Lee was around.  He was a constant teaser and no one was excluded particularly his many nieces, nephews, great nieces, great nephews near and far; they loved him for it.

Lee will be fondly remembered by his cousins in Ontario who have many cherished memories of him and their shenanigans together when they were young. His sister-in-law, Peggy Dodge, his brother-in-law Bill (Mary) Norman and his recently deceased sister-in-law, Anne Doran, accepted him into the family even though he was an easterner.

Lee was predeceased by his parents, Robert and Florence Bowman and sister Jan Bowden.

During the last few months, Lee began sorting his keepsakes including his music and sports collections, railroad memorabilia and his library of books.  He thoughtfully gave these precious keepsakes to his friends and family members who he knew would appreciate them.

Thanks to his brothers-in-law Gerry (Beattie) Nelson and Graham (Jane) Bowden, also friends Rick Galaway, Travis Leland and the “Friday Breakfast Boys” for keeping in touch with Lee.  He certainly looked forward to your calls.

Thanks also to his doctor and friend, Dr. Dale Ardell, Dr. Roussouw and his staff at the Victoria Hospital and the compassionate and caring people at Home Care.

The picture was taken near the Menin Gate in Ypres, Belgium.  Lee was with a tour and he was given the honour of laying the wreath at the ceremony commemorating the men of World War 1.  Later he enjoyed a visit with some of the vets.  Lee chose this photo for his obituary.

A heartfelt thank you to everyone for their condolences.

A celebration of Lee’s life will be held at St. Mary’s Cemetery at a later date to be announced.

Rest in Peace Lee, the love of my Life.

Look inside to read what others have shared
Family and friends are coming together online to create a special keepsake. Every memory left on the online obituary will be automatically included in this book.
View Tribute Book
Services for Lee Bowman
There are no events scheduled. You can still show your support by sending flowers directly to the family, or planting a memorial tree in memory of Lee Bowman.
Visit the Tribute Store