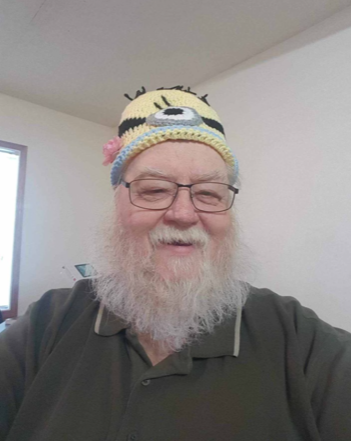 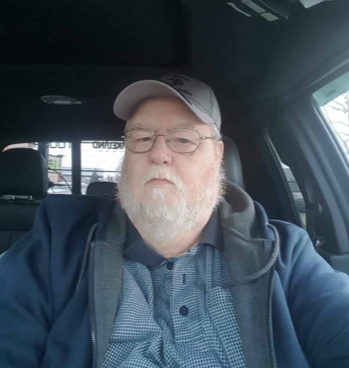 Please share a memory of Allan to include in a keepsake book for family and friends.
View Tribute Book

On March 6, 2022 at the age of 65 years, Allan Duffield passed away at the Victoria Hospital in Prince Albert, SK.

Duffy was born on April 2, 1956 at the Holy Family Hospital in Prince Albert, SK to Murray and Helen Duffield.  Duffy was raised in Prince Albert and continued to live here and completed his education at Tech High School. As a child Duffy spent countless hours involved in Scouts.  Duffy was a natural musician and could play guitar anywhere for anyone.  This carried on as a youngster into his adulthood.  Duffy went and joined a band playing for occasions at the Parkland Hall.  Duffy met and married Barb Eskes and to this union two sons were born; Chris Herron and Blaine Herron. Due to unforeseeable circumstances, they separated a few years later. Duffy then met Elaine Wilson and they had one son A.J. as Duffy became a father figure to Lori. Duffy started driving for his Dad’s “Tow Truck” and septic truck company and later joined ASL Paving for approximately forty-two years.

Duffy is predeceased by his: parents Murray And Helen Duffield, sister Betty Drabinasty

Private Family Services will be held at a later date. Condolences may be sent to the family at www.grays.ca.  Funeral arrangements have been entrusted to Gray's Funeral Chapel,(306) 922-4729.

Look inside to read what others have shared
Family and friends are coming together online to create a special keepsake. Every memory left on the online obituary will be automatically included in this book.
View Tribute Book
Services for Allan Duffield
There are no events scheduled. You can still show your support by sending flowers directly to the family, or planting a memorial tree in memory of Allan Duffield.
Visit the Tribute Store