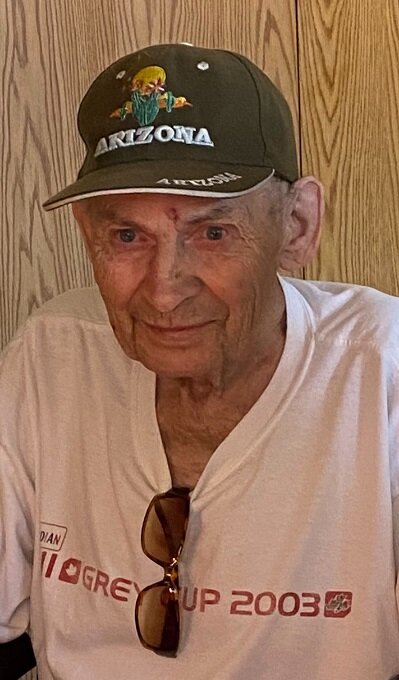 Please share a memory of Wayne to include in a keepsake book for family and friends.
View Tribute Book

Wayne Hickey passed away peacefully on March 30, 2022 at the age of 80 years in Prince Albert, SK.

Wayne was born on August 17, 1941 at the Red Cross Hospital in Paddockwood, SK.  His parents were Ernest and Dolores Hickey.  He was raised on the family farm at Paddockwood.  He loved life on the farm, music and western movies.

Wayne was predeceased by his parents and siblings: Kathleen, June, Rita, Raymond and Carl.

We would like to thank the Herb Bassett Home and Gray’s Funeral Chapel for the care and service they provided.

There will be a Private Family Service held at a later date. In lieu of other tributes, those wishing to place a memorial may do so to the charity of the donor’s choice.  Condolences may be sent to the family at www.grays.ca.  Funeral arrangements have been entrusted to Gray’s Funeral Chapel, 306-922-4729

Look inside to read what others have shared
Family and friends are coming together online to create a special keepsake. Every memory left on the online obituary will be automatically included in this book.
View Tribute Book
Services for Wayne Hickey
There are no events scheduled. You can still show your support by sending flowers directly to the family, or planting a memorial tree in memory of Wayne Hickey.
Visit the Tribute Store