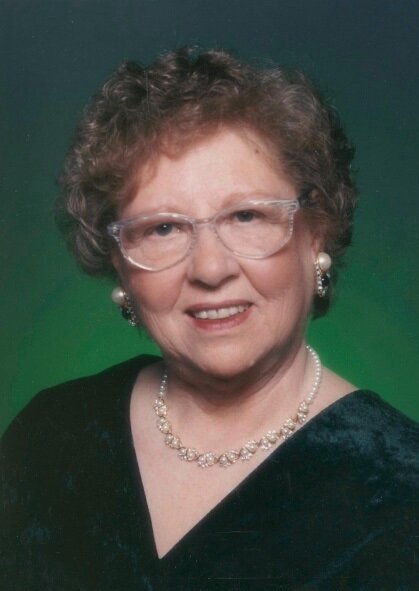 Please share a memory of Frances to include in a keepsake book for family and friends.
View Tribute Book

It is with great sadness that we announce that our beloved mother, grandmother, and great grandmother, Frances Clara Depeel, fell asleep peacefully on April 17th in the Victoria Hospital in Prince Albert, Saskatchewan.

Frances was born and raised in Turner Valley, Alberta. While working in Banff she met Lambert, and after a whirlwind courtship of one week, they eloped on May 23, 1953, and moved into his shack tent in Uranium City until Lambert built their first home.

It was in Uranium City that Frances, who was raised as an atheist, began visiting different churches, reading and studying the Bible, and searching for answers to her profound questions about life and its purpose. Through a deep study of the Bible, she became convinced that she had found the truth and was baptized as one of Jehovah’s Witnesses in Meath Park, Saskatchewan on September 20, 1958. For over 60 years she trusted entirely in her Creator and lived her life accordingly.

After Lambert’s death in 2001, Frances shared her home with a long-time friend, Daisy Eninew (fondly called Auntie Daisy by the family), until Daisy’s death 10 years later. Frances loved people and cultivated friendships with people of all ages and backgrounds through the years, keeping in contact with them by phone or by letter, and always including a positive scriptural thought. She also enjoyed visits from local friends and family in her home, where the conversation was always flowing and the teapot was always on! An avid reader all her life, she also loved writing poetry and stories, and had a fondness for watching old movies with her granddaughters. And of course, all who knew her knew of her great love of dogs, of which she had many over the years!

Frances was a keen student of the Bible, and right up until the end of her life, spent hours each month reaching out to her neighbours by letter to share the wonderful hope it contains for the future. She looked forward with full confidence to living on the paradise earth promised in the Bible, where “death will be no more, neither will mourning, nor outcry, nor pain be anymore.” (Revelation 21:4) We look forward to welcoming her back soon, and seeing her get back to work with renewed strength and energy!!