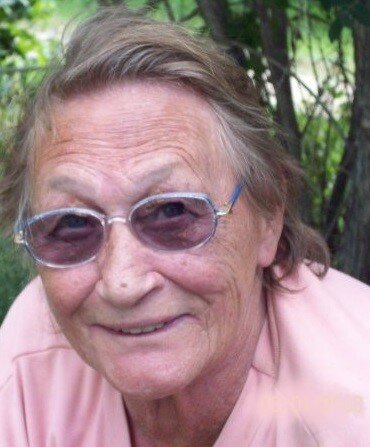 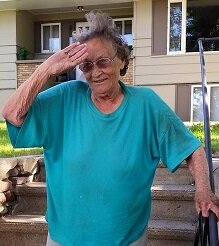 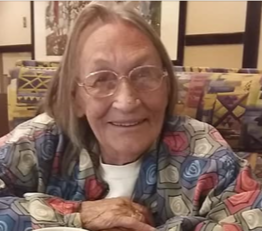 Please share a memory of Emily to include in a keepsake book for family and friends.
View Tribute Book

At the age of 82 years, Emily Jean Johnston of Prince Albert, SK passed away on Friday, April 22, 2022 at the Nipawin Hospital in Nipawin, SK.

Emily had a rough entry into the world! The sleigh tipped on the way to the nurse neighbor, Edith Davidson’s home.  Once everything was upright and settled in, Emily was born, in a rural setting, on November 10, 1939 to her parents James Chester “Chet” and Violet Amelia “Vi” Bowers.  Emily had the best kind of rural upbringing with lots of hard farm work and long cold, sometimes snowy walks to and from the schoolhouse.  This hardship created a fiery spirit and work ethic in Emily that even dementia and COPD, in later years, could not extinguish, and lasted right up until her second last day on earth.

Emily worked as a waitress in Prince Albert, SK and then ventured to Dawson Creek, BC, where she remained for many years working as a waitress first at Woolworth’s, then as a barmaid, as she called it, at the Dawson Hotel and the Hart Hotel in Pouce Coupe, BC.

She loved to go for long drives either alone or with others.  Gladiolas were her favourite flower, and she loved being surrounded by a flower garden full of blooms.

Emily had quite the mouth on her, and would speak her mind no matter what.  The nurses at the Victoria Hospital and Nipawin Hospital recently coined her attitude exactly…. SPICY!

The family would like to extend a heartfelt thank you to the nurses on the 6th floor at the Victoria Hospital for taking care of Mom despite her spicy dementia-based attitude, pulling off her oxygen, ripping out her IV’s and then roaming around the floor, requiring her to have an alarm put on.  A special thank you from the heart to Kemmy, and all the nurses at the Nipawin Hospital who also had to corral Mom from roaming, blowing kisses at a man, pulling off her oxygen,and ripping out her IV’s, but most importantly, thank you for phoning us to come see Mom one last time.

Donations in memory of Mom can be made to the Alzheimer Society of Canada, 20 Eglinton Avenue West, 16th Floor, Toronto, ON  M4R 1K8;  The Canadian Diabetes Association, 104 – 2301 Avenue C N, Saskatoon, SK  S7L 5Z5; or COPD Canada Foundation, 555 Burnhamthorpe Road, Suite 306, Toronto, ON  M9C 2Y3 and maybe sign the MAID petition, so people can freely choose to live “their own quality of life” and freely choose “when it ends” before the grip of dementia takes their right to choose away.

Graveside Service will be held at a later date once Emily’s family arrives from China safely.  Condolences may be sent to the family at www.grays.ca.  Funeral arrangements have been entrusted to Gray's Funeral Chapel, (306) 922-4729.

Look inside to read what others have shared
Family and friends are coming together online to create a special keepsake. Every memory left on the online obituary will be automatically included in this book.
View Tribute Book
Services for Emily Johnston
There are no events scheduled. You can still show your support by sending flowers directly to the family, or planting a memorial tree in memory of Emily Johnston.
Visit the Tribute Store