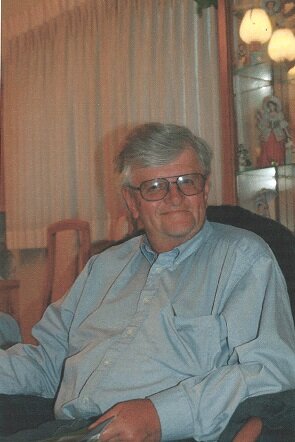 Please share a memory of Ralph to include in a keepsake book for family and friends.
View Tribute Book

Ralph Irving, of Mile 62 Hanson Lake Road, passed away on May 3, 2022 at the Victoria Hospital, Prince Albert, SK, after a lengthy illness.

Ralph was born in Prince Albert, SK and spent the first twenty years at the farm in Alingly, SK.

He took his schooling in Christopher Lake and Prince Albert.  In 1969, Ralph moved to Mile 62 to own/operate the hotel and service station business.  With his then future wife, Sylvia Wiggins, and his mother, Evelyn, they ran this business until it was destroyed by a forest fire in 1995.

Ralph was a friend to many especially to those who appreciated his unique sense of humor.

It was at Ralph’s request that no funeral service be held.   Condolences may be sent to the family at www.grays.ca.  Funeral arrangements have been entrusted to Gray's Funeral Chapel, (306) 922-4729.

Look inside to read what others have shared
Family and friends are coming together online to create a special keepsake. Every memory left on the online obituary will be automatically included in this book.
View Tribute Book
Services for Ralph Irving
There are no events scheduled. You can still show your support by sending flowers directly to the family, or planting a memorial tree in memory of Ralph Irving.
Visit the Tribute Store