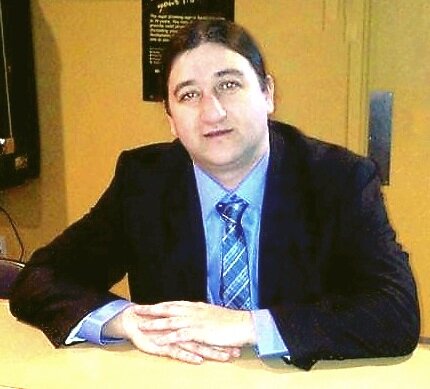 Please share a memory of Branimir to include in a keepsake book for family and friends.
View Tribute Book

It is with great sadness that the family of Branimir “Brian” Keic announce his sudden passing on May 28, 2022 in Prince Albert, Saskatchewan.

Branimir was born in Zagreb, Croatia to Branko and Mira Keic.

In April of 2001, Branimir immigrated to Canada with his younger brother Goran. Branimir embraced his new life in Prince Albert and enjoyed his life in Canada and the opportunities it provided him. He would recall his Serbian roots and was proud of them.

Branimir was very empathetic and caring to all people. It didn't matter who they were or how long he'd known them, and he would often go out of his way to do thoughtful deeds for others.

Branimir had a passion for vehicles, specifically Volkswagen and Mercedes Benz. He enjoyed going for "coffee cruises" around Prince Albert with the people that were special to him.

Nothing brought more happiness and joy to Branimir’s life than his nieces and nephew; much to their delight, Branimir was always happy to spoil them with treats, toys and affection.

Branimir will be sorely missed by his brother Goran (Breanna) of Prince Albert. His nieces Mira, Emily and his nephew Luka.

Also left to mourn are his parents Branko and Mira of Serbia. As well as their extended family.

Branimir truly cherished his friendships. He was always happy and proud to see his friends doing well. His big heart, kind smile and zest for life will be missed by all that had the pleasure of knowing him.

Look inside to read what others have shared
Family and friends are coming together online to create a special keepsake. Every memory left on the online obituary will be automatically included in this book.
View Tribute Book
Services for Branimir Keic
There are no events scheduled. You can still show your support by sending flowers directly to the family, or planting a memorial tree in memory of Branimir Keic.
Visit the Tribute Store