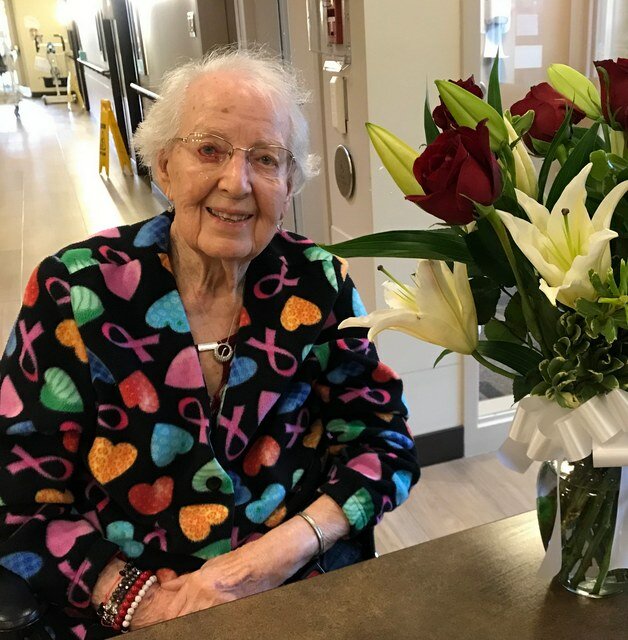 Please share a memory of Cora to include in a keepsake book for family and friends.
View Tribute Book

It is with great sadness that we announce the passing of our mother, aunt, cousin, grandmother and great-grandmother. Cora Gavel passed away in Prince Albert, June 1, 2022 at the age of 97 years. She was born July 21, 1924 in Elbow, Saskatchewan.

Cora was predeceased by her husband Gordon, her daughter Gordona, her sister Opal, her brother Everett, her sister-in-law Joyce, her brother-in-law Elgin, her parents Jean and John Ellison.

Cora graduated from PACI in 1942. She worked many jobs in and around Prince Albert: Houle Electric, City of Prince Albert at Kinsmen Water Slide, Raiders, Heritage Center Playing Cards. She liked to go to the casino, camping, and playing crib. Curling was also a passion of hers. Cora was very involved with the Calvary United Church. Cora was a member of the Eastern Star for 77 years. Gordon and Cora were honored as Mr. and Mrs. Winter Festival.

Arrangements are pending. Condolences may be sent to the family at www.grays.ca. Funeral arrangements have been entrusted to Gray's Funeral Chapel, (306) 922-4729.

Look inside to read what others have shared
Family and friends are coming together online to create a special keepsake. Every memory left on the online obituary will be automatically included in this book.
View Tribute Book
Services for Cora Gavel
There are no events scheduled. You can still show your support by sending flowers directly to the family, or planting a memorial tree in memory of Cora Gavel.
Visit the Tribute Store